While awareness of the issue has grown, a huge imbalance remains when it comes to the representation of female composers and performers 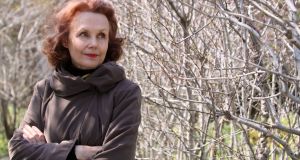 Finnish composer Kaija Saariaho, whose music will be heard again in March at the New Music Dublin festival and in Louth Contemporary Music Society’s Stations of the Sun in Dundalk in June. Photograph: Andrew Campbell

In October 2015 news of Waking the Nation, the Abbey Theatre’s 2016 season, begat Waking the Feminists. The issue was the paltry representation of women. The passions stirred up by this created problems in music. The Easter Rising centenary festival, Composing the Island, also came under fire for gender imbalance. Waking the Feminists then begat Composing the Feminists, which, in 2017, morphed into Sounding the Feminists. And Sounding the Feminists in turn begat the National Concert Hall’s current, bluntly-titled Female Composer Series.   So what has changed over the last three years? Well, awareness of the issue, for sure, and an acceptance that change needs to come about. That acceptance is not evenly spread. Large scale opera – think of Wexford Festival Opera or Irish National Opera – will probably be the hardest nut to crack, with orchestral music not that far behind.

To be fair, it’s easy to understand that the greater the budgets, the warier the planners and commissioners are likely to be. But it’s not that difficult to unravel that position. It translates into the idea of work by men being less of a risk than work by women. If you accept that historical position it can become difficult to see a way forward. Composers, performers and promoters will all have their own tales to tell, their own explanations or complaints to make. But has the situation changed for the better when it comes to performances? How does the start of 2019 compare with the start of 2016?

I trawled through the information I was sent for events from January 1st to February 14th for each of those two years. Over those 45 days in 2016 the concert listings yielded just eight pieces by women. They were Rebecca Clarke’s Viola Sonata (played by Aoise O’Dwyer and Aileen Cahill), Elaine Agnew’s Twilight and Marian Ingoldsby’s The Heron by the Weir (in a BBC concert by the Ulster Orchestra under David Brophy), songs by Ilse Weber (Lynda Lee and Finghin Collins), Natasa Paulberg’s Butterfly Suite (Kirkos), Jane O’Leary’s The Passing Sound of Forever (RTÉ ConTempo Quartet), Rachel Grimes’s Book of Leaves (Dublin Guitar Quartet), and Henriette Renié’s Trio for Harp, Violin and Cello (Clíona Doris with Duo Chagall).

The uplift masks a less palatable truth. If you remove the two NCH Female Composer Series programmes from the 2019 total, you still have just eight pieces by women. In terms of leadership, the NCH’s alliance with Sounding the Feminists is a good start. But the hall’s gender policy, which was updated late last year, makes for startling reading. Most of the document is concerned with legislation as it affects employment, recruitment and visitors to the hall, and one sentence sums it up – “NCH is committed to non-discrimination for employees, facilitators and visitors on gender grounds as specified in equality legislation”.

There is, of course, no legislation to cover the hiring of performers or the commissioning of composers. And yet, although “NCH will endeavour to embed the promotion of gender equality in its strategy and operational procedures and policies at all times,” the tone is different when it comes to artistic matters. “Programme and artist choices at the NCH will promote the principle of gender equality where practicable and consistent with the overall artistic and programme policy of the NCH.” The artistic policy itself, in a separate document, is silent on gender issues.

By having a gender policy at all, the NCH is ahead of most of the Arts Council’s major music and opera clients. Irish National Opera, whose 2018 grant was €2.8 million, refers to gender policy only in the context of its opera studio. “In seeking to address a prevailing gender imbalance in creative teams, INO will welcome and prioritise applications from female conductors, directors and composers.” And, although the current season’s studio includes a female conductor, director and composer, the company has yet to unveil a comprehensive gender policy.

Wexford Festival Opera (€1.45 million in 2018) is a blank on gender issues, as is the Irish Chamber Orchestra (€937,000), apart from a reference under child safety. But Music Network (€538,000) gives gender balance as one of the 13 goals it “strives to achieve”. Can it be mere coincidence that Music Network is the only one of these four organisations to be led by a woman? So what’s the way forward?

The best example that comes to mind is the long list of festivals which have pledged to reach gender balance in new commissions by 2022, the best known being the BBC Proms. Hard Working Class Heroes for emerging bands is the only Irish name on the list.

I can’t help thinking of the American pianist George Copeland (1881-1971), whose big enthusiasm was the music of Debussy and about whom the composer declared, “I never thought to hear my music played as well as that in my lifetime”. Copeland included works by Debussy in all his known recitals in Europe and the US between 1905 and 1963. Where there’s a will there’s a way.