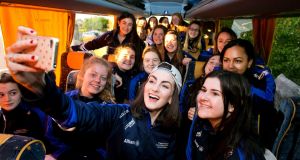 The Presentation Secondary School Choir from Kilkenny narrowly missed out on a place in the Britain’s Got Talent final following a vote on Thursday night.

The girls were placed fourth out of nine performers following a count of one and a half million votes from the public, ending a celebrated run on the popular UK talent show.

Following their earlier semi-final performance of Ave Maria, the choir had received a standing ovation from the audience and judges.

Simon Cowell praised the performance, described choir mistress Veronica McCarron as “honestly special” and wrongly predicted the final would be a “battle of the choirs”.

“I liked the first audition, I absolutely loved this performance. You are honestly special. It’s like you came from Heaven, you lot,” he said.

“I think what we’ve got heading here is a battle of the choirs in the final.”

Fellow judge David Walliams said the act was “wholesome”, adding: “This was the absolute perfect song and what you did with it was astonishing.”

In the end though, the singing impressionist Craig Ball was the outright winner of Thursday’s competition and proceeds to Saturday’s final.