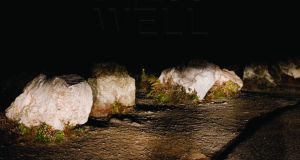 One of music’s great powers is its effectiveness as a recall trigger. Of all the art forms, it is the one most bound up with our ways of remembering. One of the reasons the link between music and memory is so powerful is that it activates so many areas of the brain all at once. It goes off in our heads like an indoor firework.

The process of memory and the part music plays in it was the focal point of Tom Krell’s debut album as How To Dress Well. Love Remains was a hymn to the late-1980s R&B that was his first musical love. It’s a haunting evocation of that sound and a soulful meditation on the deep impression it made on him.

The homemade nature of the production serves the concept well. It hisses and peaks and frequently strays into the reds, but this only adds to its peculiar magic. Sounds swirl around in fuzzy loops like memories resonating with impressions from half-forgotten dreams. It’s music for the dim-lit small hours. The picture is blurry but there’s no mistaking the contours of the emotional terrain. There’s a symphonic grandeur to it despite the modesty of the settings.

The unusual way he uses his falsetto transforms the R&B signifiers into something entirely new. The motifs he borrows are barely recognisable in their new clothes. It’s R&B without the bling. Unconventional production techniques serve to intensify the atmosphere further. Vocals tremble with the levels. Lyrics are hard to decipher but the sincerity of Krell’s delivery is irresistible. Every breath feels heartfelt.

The limitations of the source material are surpassed with ease and almost without noticing we find ourselves somewhere new. It’s an uncommonly beautiful place to go. The bad dreams dissolve and the reveries return. Nothing is strained. Only love remains.