The Heritage Council has created a valuable network of community-based projects in its first 20 years. But it has lost two-thirds of its funding, jeopardising its crucial work 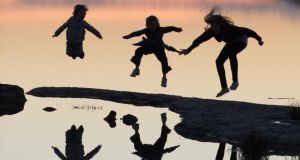 Enriching awareness of our heritage: children on the Burren. Photograph courtesy of burrenlife.com 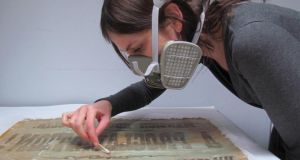 Enriching awareness of our heritage: restoring a political poster. Photograph courtesy of the Heritage Council

If your first response to a mention of the Heritage Council is “Heritage What?”, you are not alone. Yet it is very likely that you or someone in your family has enjoyed the benefits of one or more activities it has funded.

The council, which celebrates its 20th birthday next Saturday, has possibly touched more diverse communities in more diverse ways at less expense than any other State agency. And yet perhaps precisely because of this long but diffuse reach its national profile remains low.

The council’s core priority – the promotion of jobs, education and tourism related to heritage in local communities – also means it is inevitably overshadowed by the Office of Public Works, whose brief is to manage the State-owned jewels in our national heritage crown. These include places such as Glendalough, Clonmacnoise, Brú na Bóinne and the Céide Fields.

These well-known and much-cherished sites are vitally important, but many other places of architectural- and natural-heritage significance are right under our noses, across the country, and they have often been little celebrated or appreciated.

It took an imaginative and dynamic minister for arts, culture and the Gaeltacht, in Michael D Higgins, to see the need to support local communities in conserving, enhancing and marketing their own heritage in their own ways.

So what does the Heritage Council actually do? Its director, Michael Starrett, describes its work as “building a community-based heritage infrastructure”. This translates into a remarkable range of activities, based on a very broad interpretation of heritage.

The legacy of the first 20 years is most obviously visible in National Heritage Week, which attracts hundreds of thousands of visitors to about 1,500 events annually. This year it takes place in late August and will focus on our industrial and design heritage.

The Heritage in Schools scheme has also had a big impact: 96,000 primary students have benefited from school visits from heritage specialists in many fields.

The council cofunds the appointment of heritage officers at county councils, and this new network has been pivotal in stimulating local initiatives. Hundreds of projects have now been seed-funded within local communities, from the development of walking trails and signage to the restoration of forgotten architectural gems.

A new study also claims that direct community participation in heritage-related activities has risen from 7 per cent to 19 per cent since 2000.

The council has taken a bold stance in recognising that our natural heritage, as well as our built heritage, is part of its brief. The establishment of the National Biodiversity Data Centre, in Waterford in 2007, has resulted in the collection of a vast array of information from citizen scientists. This helps to guide environmental policy and enables us to track different species’ responses to climate change.

Anyone can add their own flora and fauna records to the database, which is digitally available to the public on interactive maps. In the sphere of our built environment the council has also funded a database of Irish monastic sites, which is helpful to schoolchildren, tourists and scholars.

It has also created the Irish Walled Towns Network and fostered the upgrading of 56 small museums. Council partnership was critical to the establishment and success of the flagship community- and farmer-based conservation project Burrenbeo.

The council has had its controversies. In 2003 exceptional tensions on the board about governance issues led to the resignation of high-profile and respected figures, including Dr Pat Donlon, former director of the National Library of Ireland, and Bride Rosney, former adviser to President Mary Robinson, as reported by Frank McDonald in this newspaper.

Donlon and Rosney both told The Irish Times this week that they believe those issues had probably now been resolved and accepted that the council’s record was impressive.

The council has had more recent troubles, in the form of severe cutbacks – and these have not gone away. During the economic crisis Government funding crashed from €22 million to €7 million. There was even a proposal, in 2012, to absorb the council into the Department of Arts, Heritage and the Gaeltacht, which would have destroyed its capacity to act innovatively and independently. This was dropped only after numerous protests.

It is a tribute to the resilience of the networks built up by the council that many projects have survived these cuts. Many more are merely limping along, however, and others have gone under.

A particularly disturbing development is that some historic houses, such as Russborough, which depended on council subsidies for essential maintenance, are selling some of their cultural treasures to remain structurally viable.

In the darkest days of the recession talk about the paramount importance of our cultural and natural heritage became the stock-in-trade of many politicians. Our green landscapes and historic buildings, we were told again and again, were what gave us real identity as citizens and made Ireland attractive to investors and tourists.

Yet those same politicians stubbornly refuse to invest meaningfully in sustaining and developing our natural and cultural resources. The Heritage Council has demonstrated that even small investments, carefully targeted, can bring large social and economic rewards.

The best 20th-birthday present for the vast network of people the council has assisted would be to restore its funding.