The Irish Times literary editor was one of 82 foreigners polled by the BBC to choose the 100 best British novels. Read how he got on 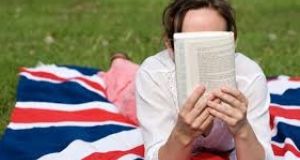 Fintan O’Toole: “I thought perhaps JG Farrell might have been excluded on the basis that he was half-Irish, but so was Laurence Sterne, and Elizabeth Bowen, CS Lewis, Joyce Cary, Jonathan Swift and Iris Murdoch, none of whom was British, got in. Puzzling”

I was one of 82 foreigners enlisted for BBC Culture’s poll of the best 100 British novels. Each of us was asked to pick a top ten. Only half of mine made it into the top hundred.

Here’s my choice, followed by the ranking the book achieved in the overall poll:

Perhaps no great surprise that Eliot’s magnificent kaleidoscope of modernising England was the overall winner. It is still breathtaking in its movement between psychological intimacy and epic change.

2. The Private Memoirs and Confessions of a Justified Sinner by James Hogg (final position: just about sneaked in at no. 94)

This is surely the first great psychological novel, eerie and terrifying in its anatomy of the divided self

Still the best fun to be had between covers and still enormously influential on all comic writing, including that of one of its great admirers, Samuel Beckett.

Voters preferred Emma and Pride and Prejudice but I think this is the divine Jane at her most subtle, smart and entrancing.

5. The Life and Opinions of Tristram Shandy by Laurence Sterne (final position: 47)

Postmodern schmostmodern – all the metafictional jokes and tricks are already here on Sterne’s dizzying merry-go-round of demented hobbyhorses.

6. Umbrella by Will Self (final position: nowhere)

I think Self’s return to Modernism for a voyage through the mind of a catatonic woman is the best English novel of the last decade but obviously nobody else thought likewise.

Maybe I was cheating picking a trilogy, but that didn’t hinder Pat Barker’s Regeneration trilogy or Anthony Powell’s multivolume Dance to the Music of Time or CS Lewis’s Narnia chronicles. Manning’s much, much better than any of them.

Seriously? Not in the best 100? I thought perhaps Farrell might have been excluded on the basis that he was half-Irish, but so was Laurence Sterne, and Elizabeth Bowen, CS Lewis, Joyce Cary, Jonathan Swift and Iris Murdoch, none of whom was British, got in. Puzzling.

The revival of Taylor’s reputation in England doesn’t seem to have spread beyond its shores, where people presumably still wonder at the fact that Mrs Burton wrote books. She didn’t but this portrait of a cranky, eccentric, ridiculous woman by the other ET is very funny and deeply moving.

Postmodern, not in mere tricks of style or even in the way it twists itself around Jane Eyre, but in its brilliant subversion of narratives of empire, race and male domination. The mad woman in the attic would never be the same again.

The full BBC list of the top 100 British novels