The superhero film of the year: Al Gore saves the world again 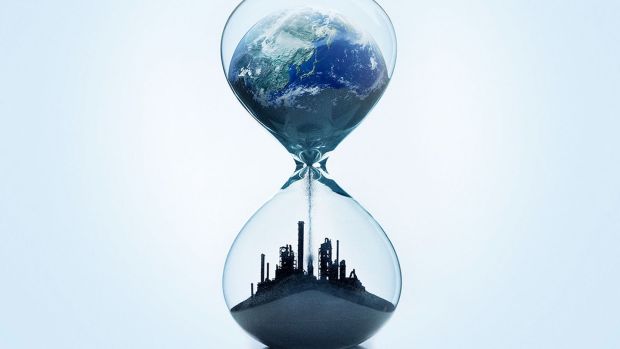 Following on from Anchorman 2 and Zoolander 2, the latest in a series of belated sequels to emerge from Paramount Studios ought to be the most superfluous of all. More than a decade after the terrifying events depicted in the Oscar-winning An Inconvenient Truth, ecological superhero Al Gore has returned to the fray.

Nowadays, he’s a little older and greyer and more philosophical about “the supreme court decision” that put George W Bush in the White House. As the film ends, there’s a definite touch of John Wayne’s displaced, deliberate, departure in The Searchers.

As with that character’s efforts, one wonders if we require rescuing. Again. What more can be said about climate change that wasn’t succinctly and eloquently covered in the original film’s Futurama sketch on global warming, “None Like It Hot!”?

Quite a bit, actually. Extreme weather, Gore notes, is now so commonplace that nightly news has come to resemble the Book of Revelations. These conditions, as demonstrated by the 2006 Syrian famine, breed political unrest.

This ought to be a victory lap, we think, but as Jon Shenk and Bonni Cohen’s recently re-edited film reflects, there’s a new orange villain in town. As Gore has it: “You always have a plan until you get punched in the face.”

Against this, our hero makes an optimistic presentation. We meet various well-wishers (John Kerry) and self-promoters (Justin Trudeau) as we journey from the Antarctic to Texas, where an amiable Republican mayor has introduced 100 per cent solar-powered electricity, and to Florida, where rising sea levels have flooded the streets of Miami.

Whether one agrees with Gore’s assessment – that businesses, local government and individuals can work towards the emission targets set in Paris regardless – there’s no doubting his sincerity and passion.

The most urgent superhero film of the summer. Not bad for a PowerPoint presentation. We await An Inconvenient Threequel: Rise of the Electric Cars with great interest.