Whitney: Can I Be Me? Nick Broomfield’s devastating portrait of a fatally conflicted existence

A new documentary, Whitney: Can I Be Me, sifts through the details of Whitney Houston's secret life. Video: Dogwoof 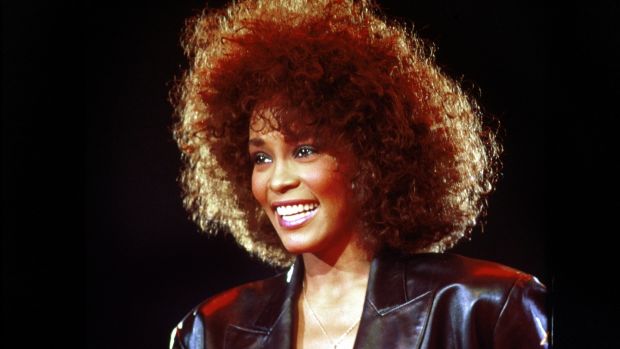 Film Title: Whitney: Can I Be Me

There are few documentary film-makers who many people can put a face and style to. Nick Broomfield is one of them. He’s the bumbling English man who can be found on the respective doorsteps of Suge Knight and Sarah Palin; the one with the boom mic in shot; the one who somehow wins over the reluctant community depicted in Tales of the Grim Sleeper (Broomfield’s fascinating 2014 portrait of the serial killer Lonnie Franklin).

Ironically, this often-imitated house style is just one aspect of Broomfield the film-maker. Since achieving mainstream success with his conspiratorial music docs, Kurt & Courtney (1998) and Biggie & Tupac (2002), he has pioneered a new kind of scholarly docu-drama – see Ghosts (2006) and Battle for Haditha (2007) – which he calls “direct cinema”.

And now with a nod to Asif Kapadia’s Amy, he turns archivist for what will undoubtedly be the saddest picture of 2017. Unlike the Kapadia film, Broomfield’s unauthorised portrait includes various new testimonies, from friends, biographers, backing musicians and from David Roberts, her Welsh bodyguard, as they recount a life characterised by self-doubt, self-censorship and self-destruction.

Drawing heavily from an unfinished documentary about the 1999 My Love Is Your Love tour by German director Rudi Dolezal (who receives a codirector credit), Can I Be Me chronicles a most conflicted existence: it’s gospel versus crack cocaine, lesbianism versus Christian disapproval.

Houston, as many commentators note, was from the hood, yet her roots were consistently played down by her management team. Any songs that were deemed too black were rejected by her mentor, Clive Davis. Her own community, in turn, rejected her: in 1989, just as her sales figures topped 25 million, she was roundly booed at the Soul Train awards.

The major reveal in the new film is the strange, embattled, bisexual love triangle between Houston, her husband Bobby Brown, and her assistant, Robyn Crawford. “Bobby Brown and Robyn Crawford were like fire and ice. They hated each other,” says David Roberts, who turns out to be the doc’s MVP. After the 1999 tour, a concerned Roberts sent a detailed report to Houston’s management: he was promptly let go.

Houston’s final death is the inevitable result of many smaller tragedies – the $100 million lawsuit her father took against her from his deathbed; the drug addiction; the codependency that she and Brown slid into – but maybe the kicker is the subsequent death of Houston’s only daughter, Bobbi Kristina. “She never had a chance,” says David Roberts.

Car-crash gawpers may quibble that Broomfield has (respectfully) avoided footage of the final years, but this remains a quietly devastating portrait of a magnificently loud talent.