Review: Filmed by Ingmar Bergman, this version of Mozart’s opera is fascinating to watch 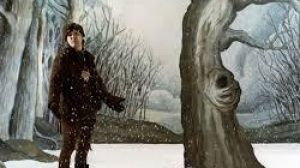 Don’t be surprised if the Leaving Certificate students herded toward Kit Monkman’s Macbeth (in cinemas nationwide this month), nudge the production into the box office charts. Event cinema and special content programming has been one of the biggest success stories of recent years. For exhibitors, if not for cultural commentators.

The occasions make for an odd, if popular hybrid that’s hard to characterise and harder to review. These days, multiple cameras and elaborate rigging attempt, unconvincingly, to make a streamed version of the latest Met Opera or West End sensation a little more cinematic.

This may allow for international audiences to enjoy lavish, faraway (and often prohibitively expensive) productions, but a filmed stage never fails to look like a filmed stage.

Unless, of course, it was filmed by Ingmar Bergman. Released as part of the Swedish director’s centenary programme, this 1975 version of Mozart’s The Magic Flute – the accidental granddaddy of the subgenre – makes for a fascinating watch.

It’s a faithful enough treatment of Emanuel Schikaneder’s 1791 libretto. Tamino (Josef Köstlinger) is a brave prince tasked by the Queen of the Night (Birgit Nordin) with rescuing her daughter from the evil wizard, Sarasto (Ulrik Cold). Instead, the royal hero becomes part of Sarasto’s mystical order, a thinly-veiled version of the Freemasons, and before you can say “Michael Corleone”, the Queen of the Night becomes the villain of the piece.

Working with regular cinematographer, Sven Nykvist (the Oscar-winning director of photography of Cries and Whispers and Fanny and Alexander), Bergman’s fondness for close-ups has never been so impishly employed, with visual obfuscations and shots of performers giving it socks.

Shot for Swedish TV for a hefty $650,000 budget, The Magic Flute would woo international audiences and score an Academy Award nomination for its lavish costumes. The snowstorms, balloons, and a cast that appear to have walked out of a Ladybird fairy-tale edition add to the transporting effect.

Despite the boxy limitations of a filmed live show, The Magic Flute showcases Bergman at his most playful and romantic. It’s the most fun you’ll have at an opera this side of Elmer Fudd and Bugs Bunny. No wonder the audience – glimpsed in individual tightly framed shots – seem enraptured.

Living with Prince: ‘I think it’s time you got birth control’
6

Picnic at Hanging Rock: What happened to the lost schoolgirls?
10