The glory and the gloom of the Galway Film Fleadh

There are at least half a dozen Irish films worthy of hearty praise this year, so why are Irish film-makers so dark of mood? 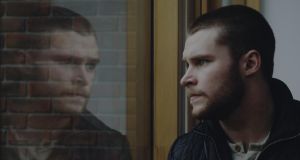 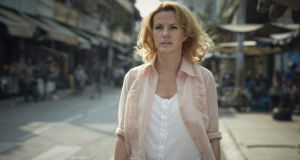 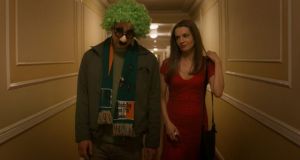 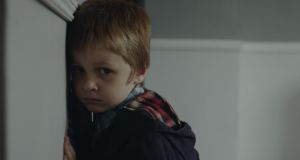 Two years ago, Jimmy Deenihan, then Minister for Arts, turned up at the Galway Film Fleadh for the world premiere of Gerard Barrett’s Pilgrim Hill. The film went on to become a critical smash. Everybody had a nice time. Rather touchingly, when Deenihan arrives to present Barrett’s second feature at this year’s festival, he is still clutching his side after suffering in the Taoiseach’s night of the long knives. “I’ve just lost my job today,” he says. “I’d like to be here as minister for the arts, but I’m not.”

It is a sombre start to what continues to be, from one perspective, a somewhat sombre evening. Barrett’s superb Glassland feels very much like an urban successor to the earlier rural tragedy. Whereas that film dealt with the difficulties of maintaining a remote farm, the new picture concerns a young man seeking to cope with an alcoholic mother in working-class Dublin.

Jack Reynor, who played a better-off kid in What Richard Did, does excellent work as an ordinary bloke forced to make impossible choices. Will Poulter, among the best young actors on the planet, makes something deeply poignant and quietly funny of a supporting role as his best pal. Toni Collette does what we know she can do as the tortured mum.

The naturalistic tone of the film can obscure the fact that we are dealing with a proper auteur here. Barrett has a taste for hanging back with the camera and uses sound – more particularly, silence – in a way that suggests maturity beyond his annoyingly callow years. Joining Reynor, Poulter and the producers on stage, he comes across as a modest sort of fellow. To upend Churchill’s assessment of Atlee, he has nothing to be modest about. Glassland is a curiously brilliant (and brilliantly curious) film that should play successfully beyond these shores.

There is little shock when Glassland is announced as co-winner of the gong for best Irish film. The prize is shared with Patrick’s Day, the second film from Terry McMahon. Charlie Casanova, the director’s debut feature, was not greeted with universal acclaim, but the new film is an immense improvement. McMahon’s dialogue is still a tad overheated and the story a little underdeveloped, but this remains an interesting, original, ultimately moving take on mental illness. The excellent Moe Dunford plays a young schizophrenic who, on the national holiday, becomes separated from his insanely protective mother (Kerry Fox in Manchurian Candidate mode) and hooks up with a suicidal flight attendant. The film then takes off into an unsettling phantasmagoria whose very oddness is hard to resist. I recommend Patrick’s Day with some enthusiasm (and they can quote me on that).

There is no better place to assess the state of Irish film than the vantage offered by the steps of the Town Hall Theatre at the Fleadh. In the quarter century since the first festival, whole movements have grown up, standards have soared and the need to patronise has declined. There are at least another half dozen films worthy of hearty praise this year. Mind you, there is no stopping the gloom. If the country is back on the road to nirvana then nobody seems to have told our film-makers.

Also set in and about Tallaght, Frank Berry’s excellent I Used to Live Here, winner of the audience prize for best first Irish feature, can be seen as a companion piece to Glassland (or Glassland to it, for that matter). Berry, previously acclaimed for the documentary Ballymun Lullaby, Berry, worked with Headstrong, the National Centre for Youth Mental Health, to bring together young people from that suburb to construct a drama addressing the notion of suicide clusters.

The super Jordanne Jones plays a young woman dealing with the death of her mother, her father’s efforts to move on and the tumult surrounding a young neighbour’s decision to take his own life. Featuring a terrific score by Daragh O’Toole that builds on a four-note refrain, the film eventually takes on the quality of an intimate epic. It is sincere and responsible, but never feels remotely worthy.

The spooky The Canal sees another young film-maker come good. Ivan Kavanagh has won a cult following with diverse films such as the Bergmanesque The Fading Light and the deranged Tin Can Man. His new picture is, on the surface, a more mainstream effort: a horror film that plays with ancient haunting and modern paranoia. But it still finds room to experiment. Rupert Evans plays a film archivist distressed to discover that a murder took place a century ago in the house he shares with wife and son. Later there will be a body in the canal, strange manifestations in the corridors and evidence of haunting on ancient film footage. The picture features a strong supporting performance from Steve Oram as an investigating policeman and meshes interior torment with exterior menace. Positively Japanese in its final act, The Canal ends with just the right amount of ambiguity and more than sufficient levels of violent catharsis.

A touch of warmth

Despite touching on grim social issues at home and in Vietnam, Stephen Bradley’s Noble did finally admit some warmth to the festival. Deirdre O’Kane is strong as Christina Noble, the admirable Dublin campaigner for impoverished Southeast Asian children, in a film that plays to unashamedly populist melodies and irresistible mainstream beats.

One is tempted to drag out the cliché “crowd pleaser” and, sure enough, Bradley’s film grabbed second place in the audience prize for most-appreciated Irish feature. Noble’s early strife-ridden adventures in Dublin and Birmingham employ the picturesque grit of a Catherine Cookson adaption. The story of her achievements in Ho Chi Minh City - told in a parallel timeline - powers inexorably between emotional troughs and peaks.

The film gets by on its powerful core story and the cast’s impressive strength in depth. Liam Cunningham is predictably charismatic as Noble’s dissolute dad. Ruth Negga has fun as a friend from the heroine’s youth. But the film’s standout performance unquestionably comes from Sarah Greene, who was nominated for a Tony award earlier this year. Funny, sad and stroppy as the young Noble, the Cork woman is surely destined for great things.

Gar O’Brien, the festival’s indefatigable programmer, identifies an Irish documentary as a notable highlight. Sinéad O’Brien’s Blood Fruit deals with the brave workers at Dunnes Stores who, during the 1980s, refused to handle South African goods. The protest led to a strike that embodied the spirit of the worldwide fight against apartheid and is honoured with an inspiring, stirring film.

“It was my second time seeing it and I was in tears,” says Gar. “All the strikers were there and that’s after 30 years. It got a seven-minute standing ovation. That’s something important to be a part of.”

O’Brien’s picture shares the prize for best documentary with another admirable Dublin saga, Aoife Kelleher’s One Million Dubliners, which tackles a subject that was crying out for full cinematic examination: the history and traditions of Glasnevin Cemetery. This is a dauntingly comprehensive and beautifully filmed work. We learn much about the ever-changing hierarchies of postmortem celebrity. Apparently, Michael Collins and Luke Kelly now attract many more visitors than does Éamon de Valera. Indeed, a devoted French lady – won over to the Collins cause by Neil Jordan’s film – has taken to tending his grave devotedly. Elsewhere, a pint of Guinness sits by Brendan Behan’s gravestone.

We are talked through the mechanics of burial and the economics of graveyard real estate. The picture gained unwanted sadness from the death of Shane MacThomáis, the indomitable Glasnevin historian, who acts as our guide throughout the film. The dark ironies hardly need explaining. One death weaves itself into tales of a million other deaths. The prize from the Fleadh offers MacThomáis one more belated, deserved tribute.