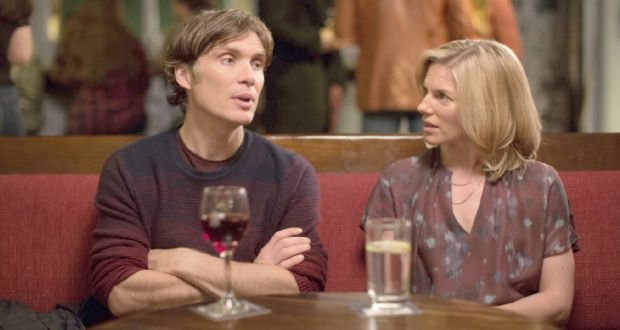 Jim (Murphy) and Daniele (Birthistle) are smugly married with two children and a Dublin 6 home. They have other smug marrieds, including Chris (Scott) and Yvonne (Walker) around for dinner-parties, until Jim and Yvonne embark on an affair. Sub-Bergmanesque shenanigans ensue.

From the get-go, Mark O’Rowe’s career in theatre has bobbed and weaved around cinema. His first play, Angela’s Ankle, was set behind the scenes of a snuff film. His 1999 monologue, Howie the Rookie, was rarely reviewed without use of the phrase “Quentin Tarantino meets…”.

The Dublin playwright’s forays into the movieverse have never been as dazzling or dependable as his stagecraft. Back in the day, his screenplay for Intermission felt ground-breaking, while its predecessor Perrier’s Bounty simply felt uneven.

Still, no one could have predicted The Delinquent Season, O’Rowe’s hugely disappointing directorial debut. The fascinating, Freudian articulations of mid-life, married malaise that defined the wonderful Our Few and Evil Days, have given way to the petty preoccupations of the petit bourgeoisie.

The denizens of The Delinquent Season are all ghastly and yet – despite valiant efforts from a talented ensemble cast – not quite horrid enough to be interesting or engaging. They are as dull as their boringly appointed, never-messy homes and their tastefully coordinated children.

O’Rowe’s stylised language – an often potent dialect that sets observational banter to Mametian rhythms – sounds off-key on a big screen. Chatter about bed linen and taking out the bins never fails to sound mannered and clipped and written. Richard Kendrick’s pointedly still camerawork only adds to the sense that this really ought to have been developed on the boards.

Mark O’Rowe will undoubtedly direct a brilliant piece of cinema someday. The Delinquent Season is not it.