The Atom: A Love Affair – A balanced assessment of nuclear power

Review: Vicki Lesley’s documentary worthily tries to cover all bases but lacks punch as a result 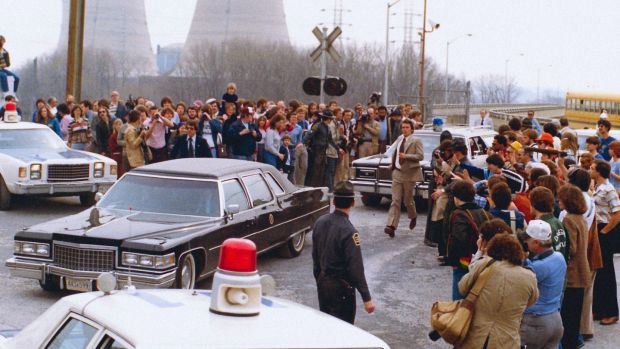 Vicki Lesley’s entertaining documentary feels like that rarest of very rare things: a genuinely balanced engagement with a controversial issue. Bringing together activists, politicians, scientists and everyday citizens, The Atom: A Love Affair talks us through the ups and downs of nuclear power over the past three-quarters of a century.

The fellow from the British nuclear industry has something interesting to say. So does his bête noire from Greenpeace. Archive footage of Tony Benn reminds us that, though predictably open to the contrary argument, he was an early champion of nuclear energy. Historians tread the middle ground.

The effect is a little disorientating. We are accustomed to documentaries that either gently edge us in one direction or – yes, I’m talking to you, Michael Moore – yell the viewer into acquiescence. Beginning with Gen Dwight Eisenhower’s dreams of postwar Utopia, A Love Affair leads us on to the demerits of competition in the US energy business, the contrasting French embrace of state-imposed standards, continuing German scepticism, the controlled disaster of Three-Mile Island and the uncontrolled catastrophe of Chernobyl.

Once, we could, in the West at least, have broken the competing factions into mainly right (for) and largely left (against). The general acceptance of climate change at the beginning of the century changed all that. To the bafflement of the “atomkraft, nein danke” tendency, many environmentalists took up the cause of nuclear as the cleanest option. Then the Fukushima disaster happened.

In truth, for all the virtues of balance, even the most grown-up viewers will find themselves yearning for just a little direction. Working hard to sustain its “Love Affair” premise, the picture keeps us interested by juxtaposing contemporaneous images of romance with footage of protests and grand openings – think Adam Curtis Lite and you’re halfway there.

But that zest can’t quite elevate The Atom: A Love Affair from its stolid commitment to worthily cover all visible bases. The signature contribution comes from an academic who argues that the two sides are divided by attitudes rather than facts. It is, he says, as if they exist in different eras. The film doesn’t let him clarify who is in the Now and who is stuck in the Then.

Streaming on Curzon Home Cinema from May 15th