Tenet review: Is Christopher Nolan’s film good enough to save cinema from Covid-19?

It has the makings of a gung-ho entertainment, but It’s hard to work out what’s happening 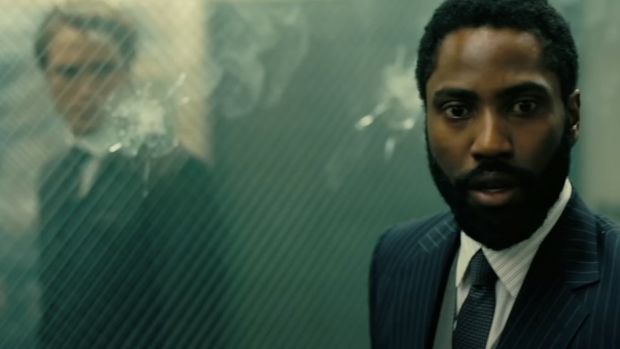 John David Washington is the protagonist in Christopher Nolan’s Tenet. Literally, The Protagonist.

“We are being attacked by the future,” somebody says. “Stor is helping and we need to know why.” Elsewhere, it is suggested the incoming threat is worse than nuclear holocaust. Fan my armpits, Persephone. This is not a drill.

Suffice to say the protagonist in Christopher Nolan’s latest epic sudoku – who actually is called The Protagonist – is faced with significant menaces. No less daunting is the challenge facing the film itself. The last blockbuster left standing after all competitors fled what’s left of the summer, Tenet is here to save cinema from Covid-19. No release has ever been under such pressure.

Let us begin with the good news. As you might expect from a Nolan film, Tenet really does remind us that movies – these sorts of movie in particular – belong in cinemas with football-pitch screens. What a pleasure to watch Elizabeth Debicki and John David Washington, framed in 35mm celluloid (or 70mm if you’re lucky), piloting a classic wooden speedboat across sapphire Mediterranean. The top-end Nolan aesthetic, perfected in the Dark Knight films, is ideally suited to this class of Cartier suspense. Not for the first time in the director’s career, the best sequences play like excerpts from the Bond film he may never get to make.

If you want someone to reshoot a scene from John McTiernan’s remake of The Thomas Crown Affair then Nolan is your only man. Ludwig Göransson’s score BLARES with the same bullying intensity that Hans Zimmer managed in so many earlier Nolan joints. Hoyte van Hoytema, who also shot the director’s Dunkirk and Interstellar, again tends towards a morose, washed-out palette. The scene yells out the film-makers’ affection for a medium that has still only partially escaped quarantine.

There’s more where that came from. An automotive heist sequence on an east European highway. An opening siege in Ukraine. As ever, Nolan foreswears digital trickery for meaty effects using physical objects with mass and velocity. When a 747 crashes into an airport terminal you can count on it being an actual jet (not even a model).

All this delicious incident has the makings of a gung-ho entertainment – Ian Fleming as mounted by Nasa. Unfortunately that’s not what we get. Even if we were brave enough to try, we would not be capable of spoiling a plot so wilfully obtuse it demands repeat viewings to disentangle.

There is some logic to this strategy. Even casual followers of Nolan are sufficiently committed to come back for seconds, thirds and fourths. On first glance, Nolan’s own script nonetheless comes across as a miasmic pottage of showy temporal loops and smug narrative evasions.

If The Protagonist can locate a certain amount of McGuffinite then he can stop the appalling Stor from engineering complete annihilation of the universe. Or something. More often than not the reasons for each sub-quest are unsatisfactorily explained. Snatches of the characters’ future and past appear fleetingly in the corner of busy frames. “Mmmft, gwypt, plutonium, borch, bungee jump,” Robert Pattinson mutters over Göransson’s rumbles and the roar of an endlessly doomed jumbo jet. It’s hard to work out what’s happening. It’s harder still to care.

The confusion does not just render the plot unintelligible. It eats up brave performances by excellent actors. Washington, so good in BlacKkKlansman, is reduced to a ubiquitous cipher. Debicki does a little better with a variation on her role in The Night Manager. At first, Pattinson, playing a louche British agent straight out of Graham Greene, looks to be holding his own, but eventually he too gets engulfed by the boiling confusion. Oh, for a bit of dumb-ass 007 linearity.

For all that, Tenet does feel like the right sort of film to reopen cinemas. Catch it this weekend. Or later. It could end up being the only really big show in town for aeons to come.