The Swedish documentary maker won an Oscar in 2013 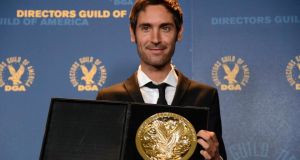 Malik Bendjelloul, the director of Oscar-winning documentary Searching for Sugar Man, died yesterday evening in the Stockholm area, police said. He was 36.

“What I can say is that there are no suspicions any crime was involved,” Stockholm police duty officer Pia Glenvik said.

Bendjelloul won an Oscar in 2013 as a first-time filmmaker for Searching for Sugar Man.

The film followed two South African journalists who set out to find what had become of Sixto Rodriguez, an American singer who was popular in South Africa who seemingly vanished without a trace.

The film, structured like a mystery, sought to find Rodriguez who never achieved fame in his home country but had become a popular and influential folk icon unbeknownst to him in South Africa.

“We are so sad to hear of Malik Bendjelloul’s passing,” Sony Pictures Classics, the distributor of Searching for Sugar Man, said in a statement.

“Much like Rodriguez himself, Malik was a genuine person who chased the world for stories to tell,” the distributor added.

“He didn’t chase fame, fortune or awards, although those accolades still found him as many others recognized his storytelling.”

Searching for Sugar Man swept major awards from the US directors, producers and writers guilds, and also won audience and special jury awards at the Sundance Film Festival.

Bendjelloul was born in the town of Ystad in southern Sweden about 55 kilometers east of Malmo, according to film database IMDB.com.