Based on the true story of a mafioso’s teenage son, this is a haunting, otherworldly love story 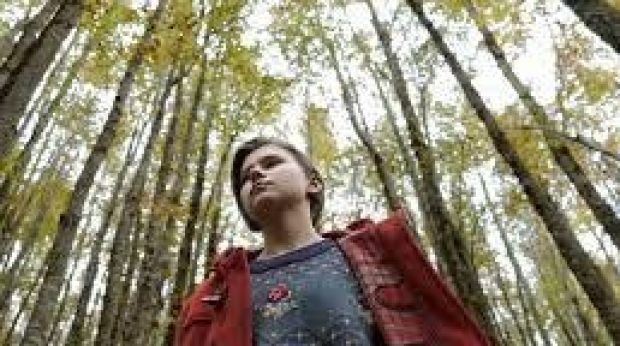 Adapted from Marco Mancassola’s short story We Won’t Be Confused Forever, Sicilian Ghost Story chronicles the blossoming relationship between 13-year-old Giuseppe (Gaetano Fernandez) and 12-year-old Luna (Polish newcomer Julia Jedlikowska), who, in spite of their parent’s disapproval, have fallen in love. One day, Giuseppe, the privileged son of a mob boss, disappears. Luna searches for him, wandering through the woodlands, to no avail.

She becomes increasingly infuriated by the code of silence that prevents her parents or any of the other townspeople from saying or doing anything about Giuseppe’s abduction. “He is my life! Do you understand what that means?” she rages against her grey, purse-mouthed mama. Luna’s devotion continues to be impressive and impassioned. She dyes her hair blue after finding a blue-haired Son Goku action figure in Giuseppe’s discarded backpack.

Slowly, Luna’s drawings and imaginings coalesce into an otherworldly space, defined by its dark lake, mysterious forest and a big, bad wolf. Even her name has a folkish significance.

Watching Antonio Piazza and Fabio Grassadonia’s imaginative adult fairy-tale, it’s hard to believe that it was ultimately inspired by the horrific 1993 case of Giuseppe Di Matteo, a 13-year-old Sicilian boy who was kidnapped by Mafiosi and tortured for almost 800 days after his father, a Mafia lieutenant, turned informer. In this spirit, Sicilian Ghost Story shares kinship with the similarly lush Spanish Civil War dramas Victor Erice’s The Spirit of the Beehive or Guillermo Del Toro’s Pan’s Labyrinth.

Building on their intriguing Mafia-themed feature debut, Salvo, the film-makers deftly husband moods and tones. Everything still hinges on the excellent performances of Fernandez and Jedlikowska. The teenagers, who had never acted before, acquit themselves with plenty of verve.