Nicolas Winding Refn: ‘He kept asking my wife to have sex with him”

Nicolas Winding Refn’s feud with fellow Danish director Lars Von Trier shows no sign of letting up. “It is natural for youth to destroy the old”, he says 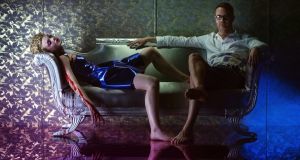 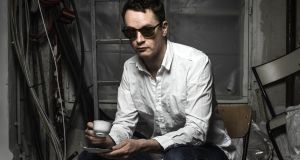 Nicolas Winding Refn: “I love getting strong reactions. The essence of creativity is to react. Why wouldn’t you love to have that experience?”

“My name is Nicolas Winding Refn and all my life I’ve wanted to be famous.”

Yes, Mr Refn really did say that to me. He’s paraphrasing a line from his film Bronson, but he does seem to be entirely sincere. The Danish director is not backward in coming forward.

“I always knew that fame was the starting point,” Refn adds. “That gave you ‘opportunities’. I knew my limitations: can’t act, can’t sing, can’t dance. So what are my options? You accept narcissism and vanity and use them as fuel. That’s what art is about.”

Phew. Refn gets in most of the common criticisms made against him before you get a chance to frame them in a question. Let’s be honest. You can only become so famous as a film director. But Refn – a handsome, clean-cut man who looks younger than his 45 years – has achieved more renown than most European film-makers.

Perhaps the word should be “infamy”. In 2011, Drive, an LA automotive thriller with Ryan Gosling, achieved crossover success and won him the best director award at Cannes. His next two films, Only God Forgives and The Neon Demon, triggered vigorous cat-calling at the same festival. Indeed, at The Neon Demon’s Cannes press screening last month, the hacks were actually screaming multilingual obscenities at the screen.

“Oh I love that,” he says. “It’s not that I like to provoke. I love getting strong reactions. The essence of creativity is to react. Why wouldn’t you love to have that experience? If it wasn’t for me, you would all have been at home watching television.”

If you found the baroque violence in Only God Forgives a little queasy-making – hands were rammed into massive seeping wounds – then you may wish to approach The Neon Demon with some caution.

A deranged variation on A Star Is Born, it stars Elle Fanning as an aspiring model who, while still new to LA, falls in with slightly older competitors who lead her towards Sapphic decadence. The outbreak of lesbian necrophilia in the morgue is just the juiciest of many transgressive diversions. (“Has cinema ever been so depraved?” the Daily Mail shrieked.)

I think The Neon Demon (which I loved, incidentally) is a savage deconstruction of the fashion industry’s hypocrisies. But I might be wrong.

“I don’t make political movies,” Refn says. “I am not trying to criticise the world of fashion. I find that world very fascinating and I am also a victim of that world. I am a predator in that world. The obsession we have with beauty will continue to grow and grow. But the longevity shrinks and shrinks. It becomes about younger and younger people.”

“Beauty is not a shallow subject,” he says, cryptically. “Beauty is the most complex subject, but it is perceived as shallow. It is incomprehensible, because everyone has a different opinion about it. Look through fairy stories. The history of beauty is the No 1 subject that continues to flow through history.”

We expect Scandinavians to have perfect English, but Refn’s really is close to accent-free. It transpires that, though born in Copenhagen, he was largely raised in New York. His father, Anders Refn, is a prolific film professional who edited such Lars Von Trier films as Breaking the Waves and Antichrist.

“I feel like a New Yorker,” he says. “I have a Danish passport, but I am a New Yorker by heart. Though we do live in Copenhagen now. I would say the attitude is very American in my work: do as thou will; have no restriction. Yes, that’s the New York I fell in love with. Anything is possible. If you do have limitations, then only you should define [them].”

Starring John Turturro as a widower adrift in a Lynchian nightmare, Fear X bombed at the box office and sent Jang Go Star into bankruptcy.

“Yes, I owed the bank a million dollars,” Refn says. “So I had to start over again and pay my debts by doing Pusher 2 and 3. I thought: what do I do now? That’s when I made Bronson.”

Released in 2008, that film really did feel like the beginning of a new phase for Refn. Starring Tom Hardy as the troubled British convict Michael Peterson – who renamed himself Charles Bronson – the picture looked to relaunch the director as a Danish successor to Ken Russell. The under-appreciated Valhalla Rising, an off-beam Viking saga, followed, before Drive slipped him into the mainstream.

“I wanted to make a film about my own life using Charlie Bronson as a model,” he says. “I really wanted a character I could use as an alter ego. So I used that first line: ‘My name is Charlie Bronson and all my life I’ve wanted to be famous.’”

“Well, I have a lot of respect for him,” Refn says now. “I have always liked him. But Scandinavia is obsessed with comparing us. It is natural for youth to destroy the old. Everything in life comes with that. And then part of that for him was him trying to get my wife into bed.”

When did this happen?

“It was at my father’s 70th birthday. He kept asking my wife to have sex with him.”

Really? How sincere were his efforts? Was von Trier, perhaps, not just trying to further his myth as an awkward, unreasonable sod?

“He is envious of everything I have,” Refn says. “He knows he’s losing it.”

Versatile Dublin rappers: I'd like to thank all the smack heads on Abbey Street
3

Is Kanye West’s White House bid genuine or a publicity stunt? Or could it be a bipolar episode?
7

The things my movie Contagion got wrong: The slow vaccine, the damaging president
8

The cross and the dragon: the pagan roots of Irish crosses
9