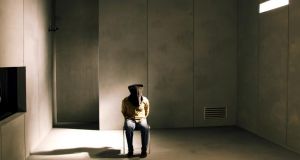 Mosab Hassan Yousef: “I have lived under Islam and in the free world. And you come to realise that many people are looking at the wall watching a bunch of shadows”

I’m almost surprised to find Mosab Hassan Yousef sitting casually in a Mayfair bar. Yes, I knew he was coming. And yes, this is precisely where we were supposed to meet. But having spent a decade working as an informant for Israel’s internal security service Shin Bet, Yousef should, one thinks, have arrived in heavy disguise with a squadron of bodyguards. Or at least sit far away from the windows.

Instead, he shrugs and orders some food: “I live my life normally,” says the 36-year-old, who relocated to San Diego six years ago. “I try to look forward.”

Between 1997 and 2007, Yousef, as recorded by the new documentary The Green Prince, was one of Shin Bet’s most valuable operatives.

It’s not just that he was operating at the highest levels of Hamas. Yousef is the oldest son of Hassan Yousef, one of the founding leaders of that organisation. For years, he was his father’s closest confidant and aide. And for many of those years, he was supplying information to the Israelis that allowed them to prevent dozens of suicide attacks and political assassinations, including a 2001 plot to kill Shimon Peres.

The story of Plato’s cave

So how did a youngster who was first arrested, aged 10, for throwing rocks at Israeli settlers end up working for the other side?

“The analogy that I like a lot is Plato’s cave,” he says. “I went through different political systems and governments and terrorist groups and war zones. I have lived under Islam and in the free world. And you come to realise that many people are looking at the wall watching a bunch of shadows. Their perception of truth is completely distorted.”

Yousef first began to question his Islamic faith when, in 1996, the Israelis jailed him in a Hamas-controlled prison wing, where he saw Hamas operatives, including his uncle, torture and kill prisoners they suspected of cooperating with the Israelis.

His abhorrence for Hamas activities within the prison – and what he saw as the Shin Bet’s relatively humane interrogation methods – prompted him to become an informant.

But Yousef’s situation was further complicated by his friendship with Gonen ben Yitzhak, his former Shin Bet handler. That relationship forms the spine of the fascinating new film.

“At the beginning it was very hard to see him as a person,” says Yousef. “I already had certain perceptions of what an Israeli secret-services agent was like. But in time my perception became more accurate. I came to see humanity in him and in other agents that I worked with.

How does he feel listening to western Europeans who are sympathetic towards the Palestinian cause? “That’s just stupidity,” he says. Does he mean ignorance?

“No. No. No. I mean stupidity. When we criticise Israel, we are criticising ourselves. Israelis are no different from people who live in western Europe. Israel is basically an extension of western civilisation and its values.

He scarcely pauses for breath. “And how would people here in London or in Ireland or in Germany act if a terrorist group or neighbouring country started launching missiles? You need to understand that war is ugly.”

In 1999, Yousef met a British missionary who introduced him to Christianity. He was baptised in 2005, but is not affiliated with any particular denomination.

“I don’t read the Bible or go to church,” he tells me. “I believe that religion is a necessary evil. Just like the government, I did not leave Islam to become a Christian. But Christianity really helped me to escape from the Islamic mindset. I still follow the idea of loving our enemies and of unconditional forgiveness.”

His conversion came as a shock to his family, although they remained in contact with Yousef until 2010 when his autobiography, Son of Hamas: A Gripping Account of Terror, Betrayal, Political Intrigue, and Unthinkable Choices, was published.

“I had given them an idea what was coming,” he says. “But from that moment I’ve had no contact.”

His family has faced persecution since his confessional emerged. But Yousef stands firmly over his decision and believes that his actions have saved lives.

“If we blame Hamas, we need also to blame the ideology that inspires them. If we fight Hamas or any radicals or fundamentalist groups, we need to understand that we are fighting their ideology. Islam is their foundation. If we’re not aware of this, we increase the chance that terror will win over peace.

“Islamic ideology is an aggressive and dangerous ideology, inspired by Muhammad, the founder of Islam. It’s very clear from Islamic texts and from the Qur’an that it is a violent ideology. People who say that it is peaceful, they have no clue. It’s a sick religion, born in a sick man’s mind.”

But surely Islam isn’t simply a monolith? What about the newer, feminist voices within the faith? What about Taqwacore punk music and other Islamic subcultures?

“Attempts to reform are great. But there can be no reform while there is no separation of mosque and state. In Islamic countries, non-Muslims have to pay a tax to live there. Christianity has evolved. Judaism has evolved. Islam is still in the seventh century.

Really? But Yousef has previously described his father as a good man.

“That is how the confusion happens. There are good Muslims, just doing their thing, raising their family. They take care of their wife and members of their society.

“They’re productive. They’re well educated. But my father’s project is an Islamic project. He had people killed. Just as Muhammad carried a sword and invaded other civilisations and took women and took property. These are the facts. But for me there is nothing darker than hating a human being. I want to choose a different way.”

The Green Prince is out now on limited release

The poisonous myth: Democratic Germany’s ‘stab in the back’ legend
8