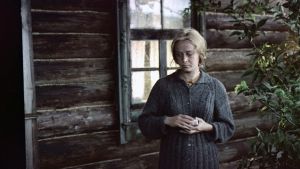 Andrei Tarkovsky’s quasi- autobiographical film poem, originally released in 1975, floats and flits between prewar, wartime and postwar years as the film-maker contemplates his relationship with his mother, his estranged wife and his motherland. In common with Stalker (1979) and Nostalgia (1983), the writings of poet Arseni Tarkovsky (Andrei’s father) are heard, and Tarkovsky’s mother, Maria Vishnyakova, appears as herself.

Tarkovsky’s alter-ego, Alexei (Ignat Daniltsev), drifts through memories and dreams: the family barn by his childhood home burns down; his mother washes her hair; he squabbles with his wife; he undergoes rifle training as an adolescent; he reunites with his father and sister at the end of the war; his son reads from a letter by Pushkin; and, confined to bed, he waits for death.

Ghostly archive footage from the Spanish Civil War and Sino-Soviet clashes is spliced between recollections that may not be wholly reliable: Alexei’s mother, notably, is alternately called Maria, Marushka and Masha. Other reminiscences are coloured by cultural influences.

Many of DOP Georgy Rerberg’s compositions echo works by Da Vinci and (a Tarkovsky favourite) Bruegel the Elder. There are nods, as well, to the director’s own work: a poster for Andrei Rublev (1966) hangs on the protagonist’s wall. The score by Eduard Artemyev is appositely haunting.

Mirror was not widely released upon its completion, yet it soon became a cult favourite in the USSR. Its reputation has grown steadily in Anglophone territories over the past decade, placing 19th in Sight & Sound’s most recent critics’ poll, and ninth in the corresponding directors’ poll.

Tarkovsky’s stream-of- consciousness continues to cast a lengthy shadow on experimental cinema. Mirror is much copied, but as the recent run of Terrence Malick films demonstrates, eschewing time and plot for flotsam and psyche is much harder than Tarkovsky makes it look.