Maurice: A gay love story way ahead of it’s time

Review: Homophobia probably made this one of Merchant Ivory’s least successful films 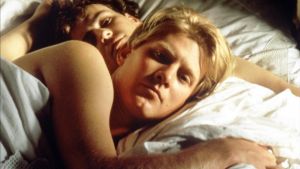 So much has changed. When James Ivory’s sumptuous adaptation of a long-suppressed novel by EM Forster was unveiled in 1987, the Washington Post tempered its positive review with a baffling dig at a contemporaneous Stephen Frears classic. “Maurice is not some condescending sociopolitical commentary on homosexuality, not some nasty pickup movie like Prick Up Your Ears,” Rita Kempley wrote.

Gay folk were fine so long as they stayed away from bedsitting rooms and kept themselves to the dappled groves of Oxbridge. Better still if – as in Granada’s adaptation of Brideshead Revisited – they kept their homosexuality ambiguous.

For all the gorgeousness of its setting and the loveliness of its casting, Maurice still ended up as one of Merchant Ivory’s least successful films. Part of this may have been down to the thinness of the source material, but homophobia among the partnership’s more conservative fans was surely a factor.

Ivory, fresh from his Oscar for writing Call Me by Your Name, will enjoy seeing Maurice go among more welcoming audiences. The picture follows its well-off title character (James Wilby) as he makes his way from public school to Cambridge, where he is forced to confront his sexuality. Rupert Graves plays the main love interest. The long, slow rise of Hugh Grant took another lurch forwards with his turn as a more cautious university friend.

Like the source novel – published posthumously in 1971 – the film occupies an awkward place in gay culture. It is not part of any movement. It may have been too frightening for the Room with a View crowd, but it was a little too coy to join the then developing Queer Cinema movement. (It is interesting to compare with the universal acceptance for Todd Haynes’s Carol, adaptation of another eponymous gay novel, three decades later.) It remains, however, a triumph of the Merchant Ivory aesthetic. The cast are gorgeous. The passion is polite. The conclusion is a little surprising. Well worth reviving.