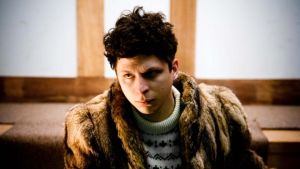 The films – and Cera’s jerks – could not be more contrasting. Crystal Fairy was a comedy with a sinister secret. Magic Magic is a sinister psychodrama with an unsettling sense of humour.

Cab Calloway’s Minnie the Moocher plays on a loop as the horrible trio squabble over a puppy who they briefly adopt before abandoning the creature by a roadside. Animals don’t come out well in Magic Magic: Brick later laughs as he shoots a parrot. Or does he?

Although the film never gets as interior as Polanski’s Repulsion, there are clues from the get-go that the sleep-deprived Alicia is delusional. Co-cinematographers Christopher Doyle and Glenn Kaplan add somnambulist notes with hypnotic camera work that, as with magic pictures, seems to stare out beyond the surface composition.

Temple made her name as American cinema’s skank par excellence (see Kaboom, Killer Joe, Afternoon Delight) , but there’s something of an EM Forster heroine in her portrayal of mounting distress. A leg-humping sheepdog and Brick’s endlessly inappropriate sexual references both repulse and terrify the girl. As her mind becomes increasingly fractured, that subtext comes increasingly to the fore.

Temple is a standout, but all the players all do great work. And Magic Magic’s odd denouement is a dramatic curveball that smacks the viewer square in the face.