Le Corbeau (The Raven): Dark and intriguing tale of paranoia

First released in 1943, this film is streaming as part of Mubi’s excellent Henri-Georges Clouzot season 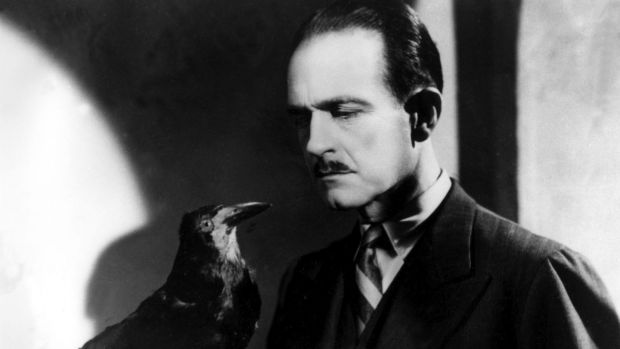 In a provincial French town, a number of citizens receive anonymous letters which contain defamatory information, with a particular focus on one of the town’s doctors, Dr Germain (Pierre Fresnay), who stands accused of practicing clandestine abortions and of having an affair with Laura Vorzet (Micheline Francey), the young wife of the elderly psychiatrist Dr Vorzet (Pierre Larquey). In fact, there are two women competing for Germaine’s affections: Madame Vorzet and Denise (Ginette Leclerc), a schemer who proudly identifies as a “cripple” and a seductress. The letters, which are signed “The Raven”, continue to plague various townspeople, exposing a collective distrust and resentment that soon spills over into violence.

Streaming as part of Mubi’s excellent Henri-Georges Clouzot season – alongside Quay of the Goldsmiths and Woman in Chains – Le Corbeau has a fascinating history. Produced by Continental Films, a German company established during the Nazi occupation of France, the film was decried as anti-French by the fascist Vichy regime, the Communist Resistance press, and the Catholic church. It was promptly banned after the Liberation but was later championed as an anti-Gestapo drama by Jean Cocteau and Jean Paul Sartre.

Le Corbeau has had a lasting impact on French culture and beyond. The unsolved murder of four-year-old Grégory Villemin in 1984 was made all the more troubling by an anonymous letter-writer, called Le Corbeau, in the popular press. The term and the film enjoyed a 2007 renaissance after the Clearstream affair, in which anonymous letters accused French politicians of having hidden bank accounts. It was remade in English as The Thirteenth Letter by Otto Preminger in 1951.

Some 77 years after its initial release, Le Corbeau has lost little of its intrigue. Eschewing such lazy selling points as likability in favour of rancour, the film pivots around a complicated, not immediately charming hero, and a female dichotomy in which neither woman is the virtuous one. Around the margins, there’s a lurking, lonely teenage girl and an avenging mother.

Louis Chavance, who co-wrote the screenplay with Clouzot, was inspired by an anonymous letter case in the town of Tulle, Limousin, in 1917, in which poison pen letters were signed “the eye of the tiger”. Clouzot shapes this concept into a dark paranoid fantasy that weasels under the uneasy choices of the Vichy, or any compromised, era.