Is Christopher Nolan directing the next Bond film?

He made sense of Batman. He is bossing Dunkirk. Is Nolan signed up for Bond 25? 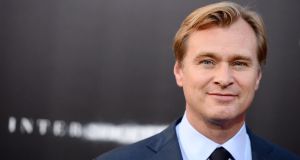 Ah, the search for the new James Bond. Like the source of the Nile or the first cuckoo of spring, that subject has offered pundits endless material for pointless musings.

These days we can get equally excited about who will be directing the next 007 movie. Ponder recent events. On Thursday, vague evidence emerged connecting Christopher Nolan with the 25th entry to the franchise. Big, respectable outlets such as the Daily Telegraph and the London Independent reported that the Internet Movie Database (IMDb) had listed Syncopy, the director’s production company, as a partner on Bond 25.

No film-maker is so highly regarded in the Nerdosphere. Nolan made sense of Batman in The Dark Knight. He paid conspicuous tribute to On Her Majesty’s Secret Service in Inception. There is nothing on his slate after this summer’s Dunkirk is tidied away.

“I’ve loved the Bond films since I was a kid,” he once told the BBC. “For me, they’re always about the expansiveness of cinema. The first Bond films set up infinite possibilities about the world they create. I’d love to do a Bond film.”

The news triggered secondary speculation that Tom Hardy, a Nolan regular, might take over 007 duties from Daniel Craig. He too has expressed himself willing.

Great was the rejoicing in Goldfinger Towers and Thunderball Lodge. A glance at IMDb Pro (the version you have to pay for) did initially confirm sightings of Bond 25 on Syncopy’s page. The notion that Nolan was just producing made little sense. Barbara Broccoli and Michael G Wilson of Eon Productions, long-term keepers of the Bond flame, would have little reason to dine with Syncopy unless they were getting a piece of Nolan the director. Of course, this could all be a bit of mischief. Anybody can contribute to IMDb.

Here’s where it gets a bit murky. A fan Twitter account called @Bond25Film contacted IMDb and was told the “info was correct”. Later the same day, IMDb removed the listing. By this stage the information had already travelled all the way around the world and back.

There are few conclusions worth drawing from this. It could have been a mischievous addition by a troll. Maybe the information is accurate and was accidentally released earlier than planned. Broccoli and Wilson, daughter and step-son of Cubby Broccoli, who founded the franchise, are notoriously secretive and evasive about their plans. If this really was a leak then it was probably planned. Clear?

Let’s not get carried away with our evil plot to take over the world from our underground submarine base. There are, however, a few scents worth heeding in the wind. The closing moments of Sam Mendes’s Spectre, the last Bond film, seemed to clarify that Craig’s tenure was coming to an end. He almost literally walked into the sunset. Everyone began talking about the chances of Tom Hiddleston and Idris Elba stepping into the role. A source told Page Six that Broccoli thought Tom “too smug and not tough enough”. Now 44, Elba was surely a bit old to start on – we assume – at least a three-film sequence. The debate looked set to rage.

Then hints began emerging that Craig might come back after all. “As far as I’m concerned, I’ve got the best job in the world,” he said at the New York Film Festival last autumn. “I’ll keep doing it as long as I still get a kick out of it. If I were to stop doing it, I would miss it terribly.” The man is no fool. He would not drop such a clue unless he was still definitely in the race.

Last week, IndieWire reported that Paul McGuigan was being considered strongly to take over directing duties from the departing Mendes. The evidence, such as it was, concerned Eon’s apparent delight at McGuigan’s work on the upcoming Film Stars Don’t Die in Hollywood. Starring Annette Bening as the movie legend Gloria Grahame, that film doesn’t sound like an obvious audition for Bond, but McGuigan has shown action chops on episodes of Sherlock. Susanne Bier, who did such glossy work on The Night Manager, must surely be in the frame as well.

The most complex decision still to be made is that of distributor and production partner. Sony has worked harmoniously with Eon on the last four Bond films, but the operation is not so lucrative as you might think. The studio forked out 50 per cent of the production costs plus massive marketing expenses for a 25 per cent share of profits and a distribution fee. It is reckoned that Sony made only about $98 million (€89.5m) profit from the $880 million Spectre raked in. That’s not chump change. But it’s a relatively meagre return for a big hit. Still, the New York Times reported last week that Warners, Fox, Universal and relative newcomers Annapurna are interested in competing for the Bond bucks.

If Bond 25’s screenplay kicks up half as much intrigue as the reports preceding it then it will do very nicely indeed. Cue nude silhouettes dancing on gun barrels.

What to do about George Berkeley, Trinity figurehead and slave owner?
9