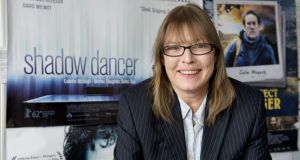 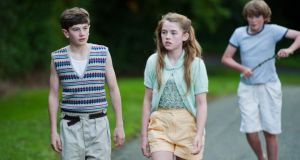 Missy Keating, Matthew Dillon and Padhraig Parkinson in ‘The Sea’ 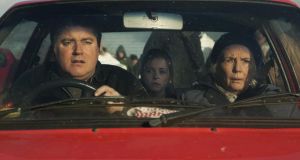 It hardly seems possible that the Galway Film Fleadh is only now celebrating its 25th anniversary. Conceived as a spin-off from the Galway Arts Festival, it almost immediately became a prominent staple of the summer calendar. Innovations rapidly took on the quality of ancient traditions – drinks in the Boat Club, Irish premieres in mid-summer sun, heated debate on the steps of the Town Hall Theatre – and the Fleadh grew into a key hub for industry chatter. Peter O’Toole, Pierce Brosnan, Jeremy Irons and Sir Richard Attenborough have all attended.

The Fleadh’s managing director, Miriam Allen, has been on board since the beginning. “I even gave birth to one of my children during the Fleadh,” she says. “I drove myself from a hotel. That was in 1995 and he’s now going to be 18. I thought I had indigestion. There was I in the hospital and the likes of Arthur Penn coming down to visit.”

The festival was conceived following the premiere of Joe Comerford’s Reefer and the Model at the Galway Arts Festival in 1988. The response was sufficiently energetic for Allen and her colleagues to begin planning an event, largely focusing on “alternative cinema”, during the (theoretically) balmy summer months. Right from the beginning, the Fleadh paid particular attention to new Irish cinema. Mind you, there wasn’t always a lot of it about.

Nobody should get too blasé about the state of Irish film. But you encounter a great many more new features at the Fleadh than you did in the early 1990s. This year, lucky punters can catch a glimpse of Lance Daly’s Life’s a Breeze, a fine recession comedy featuring Pat Shortt; Mister John, the latest piece from experimentalists Christine Molloy and Joe Lawlor; and Stephen Brown’s take on John Banville’s The Sea. In the Fleadh’s first few seasons, before the Irish Film Board’s reconstitution in 1993, much of the focus was, of necessity, on archive material.

“That was how we fleshed it out,” Allen says. “But that was also about giving a context for Irish film. What I always notice with the younger generation is that, when they have made a film, they think they’re the first person ever to manage that. It was about gently reminding people that there were film-makers before them. Even without the Film Board there were people getting on with it.”

Outrageous lies
Just as there was less money for film-making back then there was less money for film-related events. Starting up a festival in the years before the boom demonstrated real chutzpah. Allen remembers a fair bit of hustling. “You were dealing with long conversations on landlines back then,” she says. “We used to tell the most outrageous lies. I remember when we had Paolo Taviani over. God Almighty, may I be struck down, but I told him the Papal Nuncio was coming. You said whatever you needed to say to make it work.”

How did the Italian director respond when the Vatican’s representative failed to turn up?

The Fleadh quickly managed something that always puts a smile on the faces of marketing wonks: it established an identity. As well as offering a platform for new Irish cinema, the event became the main place to set up future projects and to flog films that were already in the can. The Dublin Film Festival (as it then was) leant a little more towards red-carpet events. The venerable Cork Film Festival continued its investigations into the shorter forms. Galway was, almost from the start, abuzz with industry.

The relaxed atmosphere and intimate venues have helped lure another impressive array of cinematic novae to the silver jubilee event. Zachary Quinto, Spock in JJ Abrams’s excellent Star Trek reboot, will be in town for a brace of question-and-answer sessions. Quinto has special feelings for Galway. As a younger fellow, he lived and worked there for a spell. “I would love to get back to Galway,” he told The Irish Times last year. “It was one of the best trips of my life.”

Julien Temple, the English director of The Great Rock’n’Roll Swindle and Requiem for Detroit, arrives to host a director’s masterclass. A dry man, who takes no prisoners, Temple should have plenty to say for himself. No director gets through a film with the Sex Pistols without developing some cojones.

The selection of Irish films reflects the current taste for co-production. Roger Gual’s Tasting Menu, which opens the festival on Wednesday evening, is just such a beast. Produced by Tristan Orpen Lynch and Aoife O’Sullivan, starring domestic treasures such as Fionnula Flanagan and Stephen Rea, the picture takes place in a restaurant on the Costa Brava. Rossella De Venuto’s House of Shadow stars Fiona Glascott in a mystery set in Italy. Molloy and Lawlor’s Mister John, the second feature from the Desperate Optimists art collective, stars Aiden Gillen, but takes place largely in Singapore. Even Daly’s Life’s A Breeze, seemingly as Irish as can be, has some Swedish involvement. Fionnula Flanagan plays an elderly woman coping intermittently with a family that can’t make sense of the continuing recession. Events come to a head when – with the best intentions – they throw out her mattress that may have contained €1 million.

Brown’s take on The Sea stars Ciarán Hinds as a lonely man returning to the seaside resort where he was happy as a child. Charlotte Rampling and Natascha McElhone also star.

Among the international treats we find a first Irish outing for Noah Baumbach’s Frances Ha. Starring Greta Gerwig as a flighty New Yorker with more pretensions than good sense, the picture has been hailed as the director’s best since The Squid and the Whale. Inexplicably denied a release in these territories, Sergei Loznitsa’s excellent In the Fog concerns itself with impossible moral quandaries in the second World War.

“Pierce Brosnan was coming to the hotel to do an actor’s masterclass,” she chortles. “And just as the car drew up outside the door, we looked up and there was a guy stark naked pissing down. He was so ‘under the weather’ he thought he was walking into the bathroom. I’ll tell you, that’s when the calm pills were really needed.”

You don’t get that in Cannes.