Xavier Legrand’s portayal of domestic violence is a singular debut 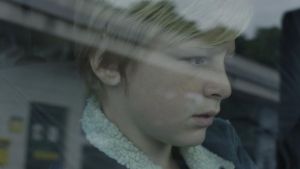 A rigorously researched follow-up to the director’s Oscar-nominated short, Just Before Losing Everything, Custody has the severe integrity of a picture by Ken Loach or the Dardenne brothers. But there’s no denying Legrand’s gift for building tension. Call it a thriller if you like. Just don’t programme it beside Sleeping with the Enemy.

The picture begins with a lengthy sequence in which Miriam (Léa Drucker) and Antoine (Denis Ménochet), a recently separated couple, argue their cases before a judge. Even before we learn the true nature of their relationship the scene points up the limitations of such negotiations.

Miriam’s lawyer refers to second-hand accounts of Antoine’s abusive behaviour to their two children: young Julien (Thomas Gioria) and the older Joséphine (Mathilde Auneveux). Antoine’s brief argues that the children’s testimony cannot be trusted as Miriam is turning them against their father.

Where have we heard that before? The authorities have little alternative but to grant Antoine access to Julien at weekends.

One can imagine worse outrages. But Legrand soon alerts us to the horror of these visits. The family try to wriggle away from Antoine. They move house. Mum claims not to have a phone. Eventually, however, Julien ends up sitting miserably in dad’s white van. (What else?)

The director is careful to keep acts of violence to a minimum in the opening sections. Nothing conveys the nature of the abuse more effectively than Thomas Gioria’s terrific, clenched performance as the misused young boy. His facial expression constantly pitched between fear and revulsion, he holds himself as if in the presence of an angry cougar. Remain still and it might just go away.

Meanwhile, Gioria makes a pathetic game player of Antoine. The threat of the fist is always there, but antagonism is more usually expressed through belittlement and point scoring. If he can catch Julien lying then, in his own bitter universe, he claws back just a little pride and respect. “Are you happy now?” he asks when he has manoeuvred his son into a social cul-de-sac.

Everyone knows he’s a menace. Everyone is dancing to his tune. His own parents fret nervously when they have him to supper with the boy. But nobody can find a satisfactory way of discontinuing the access.

Legrand draws naturalistic performances from all his cast members, but he shoots in more self-conscious fashion than, say, the Dardennes. One might almost brandish the word “bravura” when discussing his compositions.

A tense scene in a lavatory cubicle is shown from the perspective of a camera slowly zooming into the gap at the bottom of the door: feet shuffle, a package is torn apart, a text is nervously sent. Guests at a party move about the space muttering greetings that we can’t quite hear.

The eventual denouement does uncanny things with darkness and hectoring inorganic noises.

The result is a film that addresses the worst manifestations of toxic masculinity within the context of a hurtling drama that never allows attention to wander.

One might grumpily point out that this grim story does eventually happen upon a convenient full stop. In real life, miseries meander towards other greater or lesser miseries.

But Custody remains a singular debut for a director who looks as if he’s capable of much more.