Review: Alexandre Aja’s latest horror-disaster mash-up sees him back at the top of his game 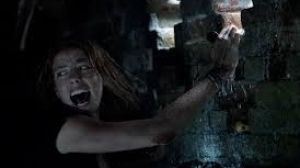 Aspiring swimmer Haley (Kaya Scodelario) heads into a Category 5 Floridian hurricane in search of her (kind of) estranged father Dave (Barry Pepper). Acting against government advice and common sense, she returns to her former family home where she finds her mauled father in the crawl space beneath the house. And he’s not alone down there.

Can Haley and Dave survive both the rising waters and ravenous alligators?

The creature feature-disaster movie mash-up has, traditionally, not been the happiest of marriages. Sure, there were about 15 minutes of fun to be gleaned from the entire Sharknado franchise. The incoming Zombie Tidal Wave, from the same creative team, looks certain to yield a similar lowball ratio.

Crawl, the new film from Alexandre Aja, reinvents this uncertain subgenre as a sleek, exciting studio entertainment. Aja, who has his own uncertain past, has presided over two terrific horror-thrillers in High Tension and P2, an intriguing curveball in The 9th Life of Louis Drax, and some absolute stinkers besides. Crawl is a decisive return to the top of his game.

It certainly helps that the film is staffed by Kaya Scodelario and Barry Pepper, two terrific actors who ought to be much bigger stars than they are. Have you seen her Catherine in Andrea Arnold’s Wuthering Heights? Have you watched Barry Pepper in, well, anything? He manages to be great in Battlefield Earth and Monster Trucks, never mind his quality projects (Snow Walker, Three Burials, True Grit, we could go on).

If the world were a better place, more films would be like Crawl: note perfect, impeccably timed, thrillingly stressful, brilliantly cinematic, inventively gory, and under 90 minutes. There may be better films released this year, but few will be as flat-out enjoyable.