Cannes 2016: the Palme d’Or really does influence world cinema – and here’s the proof

Every now and then, the Cannes Film Festival’s top prize anticipates a movement 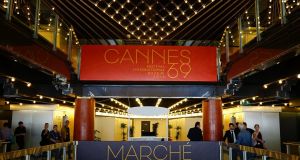 What do we mean by the Palme d’Or? That’s not quite so facile a question as it first appears. The Cannes Film Festival first awarded a top prize – to Cecil B DeMille’s Union Pacific – way back in 1939, but the gong, originally the Grand Prix, didn’t take its current name until 1955 when Delbert Mann’s Marty triumphed (still the only film to win a Palme d’Or and the best picture Oscar). Nine years later, following copyright disputes, the festival reverted to “Grand Prix” for a decade, before finally settling permanently on “Palme d’Or”. We have controversially decided to pretend the interregnum didn’t happen and begin our research in 1955.

The authorities will be pleased to hear that the list of Palme d’Or winners really does indicate (and predict) the moods of world cinema. Italians will celebrate their golden 1960s when Federico Fellini, Michelangelo Antonioni, Luchino Visconti and the lesser known Pietro Germi all won. The golden era of post-classical US cinema in the early 1970s saw triumphs for Robert Altman, Martin Scorsese and Francis Ford Coppola.

Sometimes a director wins for the wrong film. Few would now regard Blowup, winner in 1967, as Antonioni’s best, or Wild at Heart, which took the Palme d’Or in 1990, as David Lynch’s most successful film. But, every now and then, the festival anticipates a movement. The last debut film to win, Steven Soderbergh’s Sex Lies and Videotape, pointed to the coming revolutions in US independent cinema. Keep your eyes peeled.

Mikhail Kalatozov’s searing epic is, somewhat surprisingly, the only Russian or Soviet film to win the Palme d’Or. Far from triumphalist, the drama, a romance set during the second World War, heralded a rebirth for the nation’s cinema following the death of Stalin.

Has any other film so defined a city’s image in the way Federico Fellini’s study of Rome in full decadence managed? The famous image of Anita Ekberg frolicking in the Trevi Fountain should not distract from the cynicism and darkness of Fellini’s vision. The film is awake to the flimsiness of the façade.

The Nouvelle Vague did not impose itself strongly on contemporaneous Cannes juries. Neither Truffaut nor Godard won. Jacques Demy was close to that set, but his gorgeous meta-musical - tunes by Michel Legrand; glamour by Catherine Deneuve - was a deal smoother than earlier effusions of the movement.

Francis Ford Coppola is one seven directors to have won twice. His 1974 tale of audio surveillance is a key manifestation of the US’s slump into paranoia during the Watergate era. The film was, nonetheless, shot months before the revelations concerning bugging emerged. Coppola won again five years later for the unfinished Apocalypse Now.

It is now most unusual for a film to triumph at Cannes that has premiered elsewhere. Martin Scorsese’s indestructible tale of lunacy in a frayed New York City was, however, released a full three months before winning at the 1976 event. Astonishingly, no Scorsese film has competed for the Palme d’Or since After Hours in 1985.

Akira Kurosawa had to wait until his seventies to take the top prize at Cannes. The Japanese director had been an enormous influence on the post-classical Hollywood directors. George Lucas and Francis Ford Coppola repaid the debt by persuading 20th Century Fox to provide completion funding for this samurai epic. Shared the Palme d’Or with Bob Fosse’s very different All That Jazz.

No, Quentin Tarantino’s second feature is not that most financially successful film to win the Palme d’Or. That was, bizarrely, Fahrenheit 9/11 from 2004. (Rather neatly, Tarantino was president of the jury that year.) The win for Pulp Fiction confirmed that a surge was afoot in the world of independent US cinema.

It is worth remembering that, for much of his career, Michael Haneke was regarded as a dubious cinematic provocateur. His win for this extraordinary, oblique study of fascism’s social origins confirmed him as a contemporary master. A second triumph for Amour in 2012 suggested he might be our era’s Bergman (except that Bergman never won).

Abdellatif Kechiche’s study of a lesbian romance might be the most gripping winner in the last decade. It also deserves recognition in any history of Cannes for its unique achievement in securing Palmes d’Or for its leading ladies. Léa Seydoux and Adèle Exarchopoulos thus join Jane Campion, director of The Piano, as the only three women with the award.