Review: Nicole Kidman is impressive as the wrongheaded mom trying to ‘cure’ her son

The writer and director of 'Boy Erased' Joel Edgerton sits down with Tara Brady of the Irish Times to talk about gay conversion treatment and how parents can "send a child off to this horrible place". 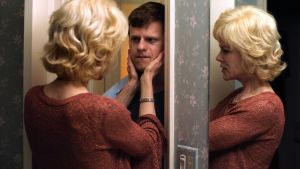 The second feature from actor-turned-director Joel Edgerton is an effective, starry adaptation of Garrard Conley’s gay conversion memoir, Boy Erased. In keeping with that horrifying theme, the film is punctuated by discombobulating moments.

There are small, interior dramas as the young protagonist Jared (Lucas Hedges) fends off his amorous high school girlfriend. There are larger tragedies as the college boy he has a crush on (Joe Alwyn) sexually assaults him. And then there’s the horror of coming out to his conservative Baptist parents (played by Russell Crowe and Nicole Kidman) and getting packed off to Love In Action, a conversion camp presided over by a therapist named Victor Sykes (Joel Edgerton, on the other side of the camera).

Long before Jared’s mother finds spelling mistakes in the manual, we have doubts over Victor’s professional credentials. The presence of various prominent gay celebrities among the “patients” – including actor-auteur Xavier Dolan and singer Troye Sivan – adds to the sense of tragedy.

Boy Erased is beautifully crafted and acted, with particularly impressive work from the magnetic Hedges and from Kidman, who conveys the internal conflict of a mother realising that she will have to choose between her faith and her son with a series of blinks and tiny movements from under a ’do worthy of the late Tammy Faye Bakker.

Save for a sequence wherein the family of an unfortunate gay teenager hold a bizarre funeral-exorcism for him, the film strays too far from sensationalism and is seldom as jolting as it ought to be. Watching the therapeutic process, as presided over by a menacing Flea (the scariest thing in the film), one can’t help but yearn for more of the genre punch that characterised Edgerton’s directorial debut, The Gift.

Where Desiree Akhavan’s recent gay conversion drama The Miseducation of Cameron Post emphasised the absurdity of the process and the adults involved, Boy Erased is careful to humanise Jared’s parents as loving, but wrongheaded. If anything, it’s too respectful of their damaging views.