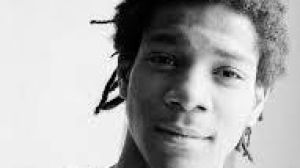 In the three decades since he died, aged 27, from a heroin overdose, Jean-Michel Basquiat has inspired many documentaries and films, including Julian Schnabel’s 1996 biopic. None have been nearly as fond of the late American artist as the kind-hearted Boom for Real.

Sara Driver’s film, her first in 23 years, opens with the voice of US president Gerald Ford lamenting urban decay while refusing to sanction a federal bailout of New York City. By the late 1970s, the Lower East Side of that city was characterised by wrecking balls, emptied apartment blocks and insurance fraud fires. Lee Quiñones, the pioneer graffiti artist, draws a compelling parallel between the high contemporaneous murder rates in the Bronx and the impact the first World War had on Italian futurists.

Sure enough, an urgent DIY art scene sprung up from these ruins, a cross-pollinating movement of film-makers, musicians, public access TV presenters and graffiti artists.

The director and her long-time domestic partner and collaborator Jim Jarmusch were among the East Side’s creative collective. Jarmusch is one of many talking heads who smiles warmly at the recollection of a young Jean-Michel ostentatiously presenting Driver with a flower.

This Portrait of the Artist as a Young Man is lovingly assembled from old home movies, scribbled notes, murals, photographs and extraordinary archive footage.

Tellingly, Driver doesn’t include any audio recordings of Basquiat, lending him a poignant, ghostly quality. In most respects, the film has no interest in standard biography. We’re not walked through Basquiat’s years at private school, his mother’s institutionalisation, and the falling-out with his Haitian father that left the 16-year-old homeless on the dangerous streets of New York.

Driver instead focuses on the thriving underground scene that shaped him. There are testimonials from Fab 5 Freddy, from Al Diaz, the graffiti artist who teamed up with Basquiat to form SAMO, and from Alexis Adler, the embryologist who provided Basquiat with one of his regular crash pads.

Down, delightfully dirty and almost impossible to reconcile with last year’s record-breaking $110 million sale of Basquiat’s untitled skull painting, Boom for Real is for real all right.