A Doctor’s Sword review: Secrets of an extraordinary life 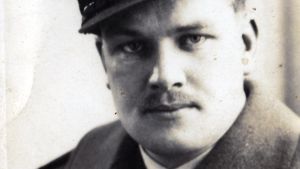 Running just shy of 70 minutes, it might have been hard to justify a theatrical bow for Gary Lennon’s documentary if it weren’t quite so incident-packed. The titular weapon was gifted by a Japanese officer to an Irish doctor shortly after the Nagasaki bombing. The doctor was Aidan MacCarthy, one of a family of 10 children from Castletownbere, Co Cork. From his youth, MacCarthy proved a capable fellow: a champion swimmer and the recipient of a Muster senior medal for rugby, he graduated from Clongowes, then UCC, before departing for London in search of work.

Having signed up with the Royal Air Force, he survived the evacuation of Dunkirk in 1940, the fall of Singapore and four years in a Japanese POW camp on a diet of maggot and rice soup. From there he was transported to Nagasaki – he was one of only 38 people out of 780 prisoners to make it after the cargo ship on which they were travelling was torpedoed – where he witnessed the atomic bombing of that city.

His efforts during World War II did not go unrecognised: he received a George Medal for pulling five men from the wreckage of an RAF bomber, an OBE and a Papal Medal. But being part of a more reticent generation, he seldom spoke of his experiences, or about the ancestral Japanese sword that still hangs in the family bar in Castletownbere.

A Doctor’s Sword follows his daughter Nicola as she journeys to Japan to discover more about its original owner. It’s a tricky piece of detective work: some 60 years have elapsed since the blade came into her late father’s possession.

Director Gary Lennon makes terrific use of Aidan MacCarthy’s own testimony (recorded for an RTÉ radio documentary that aired just days after his death in 1995), archive footage and Ronan Coyle’s imaginative animation to recount the extraordinary events of the doctor’s life.

Even before the film closes in on Isao Kusuno, the 2nd lieutenant who previously owned the sword, we’re embroiled in a gripping saga, guided by Aidan MacCarthy’s calm, matter-of-fact narration; as capable as ever.