Word for Word: The rise and rise of flash fiction 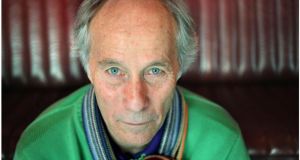 Richard Ford: his praise for John Cheever’s Reunion is a good ananlogy for flash fiction

Readers of fiction are obsessed with length. The novel is the thing. Short stories will do when they are masterful (O’Connor, Ó Faoláin, Lavin). But flash fiction? Who needs it? Lots of writers and readers, as it turns out. National Flash Fiction Day in the UK, founded by the writer Calum Kerr, takes place each June 22nd, and its influence spreads as far as New Zealand, Asia and the US. On that day flash fans around the world gather to read, write and celebrate the form.

The term “flash fiction” was coined in the US in the 1990s, but very short stories have existed as long as stories have been told or written. Anton Chekhov could “speak briefly on long subjects”, and Raymond Carver liked to get in and out of his stories as quickly as possible.

But what is a flash and why is the form gaining in popularity? It’s hard to define exactly what a flash is, as no one definition is accepted, never mind a name: they are variously called short-short stories, micro fiction, pocket-size, postcard, palm-size and smoke-long stories.

In my world a flash has about 500 words and is part poem, part story. Plot is not as crucial as atmosphere and significant detail, and, for me, language is paramount. Though short on words, the flash story is long on depth and should sting like good poetry. Punchy, succinct and surprising, the best flash will shift the reader’s heart but also keep it beating hard.

Just like poetry, every word in a flash must deserve its place. Flash stories revel in musical prose. There is no room for frills and furbelows but there is for hints, implication and mystery. They accommodate the surreal and quirky well.

Backstory cannot exist in flash: everything must be right here, right now. Flash thrives on punchy openings and breath-sucking endings. And, like its sister art poetry, it bears rereading very well.

As for their new-found popularity? Growing support from literary magazines is helping flash along. As guest editor of the Stinging Fly for spring 2014, I am featuring a flash-fiction showcase.

Some say flash stories suit our shortened attention spans, our handheld devices, our micro-making of everything. But there are still those readers who prefer the long haul of the novel, the commitment, the wide space of it.

Tense and precise
Reading flash fiction takes work the way poetry takes work. For the reader who is willing to meet a story halfway, and who enjoys tight, brief, tense and precise fiction, flash – in a tiny space – throws the reader in and out of the human condition in profound and unpredictable ways. What could be more satisfying?

Nuala Ní Chonchúir’s Of Dublin and Other Fictions is published by Tower Press.