There once was a girl who seduced her sister’s husband, and he hanged himself

Ludmilla Petrushevskaya: the great chronicler of the Soviet world in which she grew up 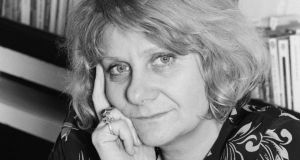 Ludmilla Petrushevskaya’s life is undeniably fascinating. Born in Moscow in 1938 to what “The New York Times” call “an elite Bolshevik family”, Petrushevskaya was quickly abandoned by her father and forced to live in the care of her aunt and sickly grandmother during the second World War.

They were extremely impoverished, eating potato skins saved from the compost heap for dinner. She often ran away and begged in the streets, performing “like Édith Piaf”. When her mother returned, they lived, as depicted in her story Young Berries (a personal favourite), under the desk of her crazy grandfather, or in rented cots in communal apartments.

The family was shunned, and Petrushevskaya was referred to as “matchstick” by other children, on account of being so malnourished. It wasn’t until she was 50 (until Perestroika, and Gorbachev’s glasnost policy reforms), that her novels and short stories began to be published. Then, in 2002 she won a Triumph, Russia’s most prestigious prize, for lifetime achievement.

Not only is she still working, but she has, in recent years, moved into cabaret singing (some videos of which can be found on The Paris Review’s website). Quite the individual, then.

This would all be irrelevant, if Petrushevskaya’s stories weren’t so closely related to the facts and events of her life. She is, arguably, the great chronicler of the Soviet world in which she grew up. In these stories, Petrushevskaya offers us the circumstances of the lives of ordinary people; they are unromantic, often cripplingly so. She writes about families and unplanned pregnancies, about debts and suicides, about hungers, and drunks.

She refuses idealisation or happy endings, yet the stories never lack humour, nor love. Often funny, unflinchingly revealing, and heartbreaking, they are written in crisp, tight prose, and read like Russian fairy tales, while always remaining true to life.

Of writing these stories, Petrushevskaya said, in an interview with Sally Laird in 1993: “Russia is a land of women Homers, women who tell their stories orally, just like that, without inventing anything. They’re extraordinarily talented storytellers. I’m just a listener among them.”