The irresistible rise of Nigerian fiction

Wole Soyinka, Chinua Achebe and then Ben Okri led the way but a new wave of women writers have taken over 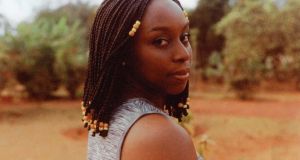 This week, writers from all over the world will converge in Lagos, Nigeria, for the Ake Arts and Book Festival, one of the biggest literary events on the African continent. On the programme are some of the authors whose narratives are helping to propel the phenomenon that is Nigerian fiction on the global stage.

The festival will also have a newly minted Man Booker Prize winner in Bernardine Evaristo, announced as joint winner last week for her novel, Girl, Woman, Other. Evaristo is the first black woman to win the prize, and it doesn’t hurt that she was born in London to a Nigerian father. Now in its seventh year, the festival is a major highlight of the burgeoning Lagos art season, but this vibrant scene would not have seemed possible a few decades ago.

The pioneer generation of Nigerian writing in English emerged prior to the country’s independence from Britain in 1960, and included Wole Soyinka, Chinua Achebe and Amos Tutuola. Then followed long periods of military dictatorship, leading to a decline in the publishing environment, with many intellectuals fleeing the country. In one of the darkest episodes, writer and environmentalist Ken Saro-Wiwa, a former President of the Association of Nigerian Authors, was hanged along with eight other Ogoni activists by the military regime of Gen Sani Abacha in 1995.

The second spring of Nigerian fiction would come from abroad, and the first sign of a resurgence – as well as the international character of much of future literary expression – came in 1991 when Ben Okri won the Booker for The Famished Road. Okri had been living in London for many years, and his win energised writers’ groups back home. It took another 10 years for the promise to come to fruition with Helon Habila’s emergence as the second winner of the Caine Prize for African Writing in 2001. His winning story, Love Poems, was an urban fable about the triumph of the imagination over military repression, just as Nigerian writers would use the internet to find new publishing opportunities and readers.

By the time Chimamanda Ngozi Adichie showed up on the Orange Prize shortlist with her debut novel Purple Hibiscus in 2004, Nigerian fiction was in full stride. She won the prize with Half of a Yellow Sun in 2007 – the year Vanity Fair’s Africa Issue described her as parting the literary waves like Cleopatra. And parted the waves she did. Following closely behind were many of her compatriots now taking the literary world by storm – with publishing deals and awards in tow. Decades after independence, their concerns are different from those of the pioneer generation, grappling instead with shifting notions of freedom and the individual in a globalised world. They are exploring themes including: gender, sexuality and feminism. Many are based in the West and thus are making significant contributions to the growing canon of immigrant stories.

Adichie is now firmly established as a literary superstar and cultural icon. Winner of the MacArthur Genius Grant, her TED Talk, We Should All Be Feminists, was sampled by Beyoncé – and also distributed to 16-year-olds in Sweden. Her third novel, Americanah, is being made into a film starring Lupita Nyong’o.

The 2019 Booker also recognised Chigozie Obioma for his second novel, An Orchestra of Minorities – his second time on the shortlist. Several Ake Festival guests have been Booker longlisted, including Oyinkan Braithwaite (My Sister the Serial Killer) and Ayobami Adebayo (Stay With Me). 2013 Caine winner Tope Folarin will also be at Ake with his debut novel, A Different Kind of Black Man. So will Uzodinma Iweala, author of Beasts of No Nation, which was adapted for a Netflix movie starring Idris Elba. The festival is also organised by a writer, Lola Shoneyin, author of The Secret Lives of Baba Segi’s Wives.

Whereas independence-era Nigerian writing was male-dominated, the table is turned with the current generation; many of the most prominent players are women. The latest Caine winner, Lesley Nneka Arimah, is the sixth Nigerian to win it, making the country the most successful at the award so far. Also Ake bound is Nnedi Okorafor, a leading author in the fantasy genre she tags Africanfuturism. She is responsible for several projects in the Marvel Comics’ Black Panther stable; and her novel, Who Fears Death, has been optioned for a series by cable network HBO, with the involvement of Game of Thrones creator George RR Martin. NLNG Nigeria Prize for Literature winner, Chika Unigwe, will also be at the festival with her collection of short stories, Better Never Than Late.

These are some of the writers driving the increasing visibility of Nigerian fiction on bookshelves around the world. Inevitable perhaps, for a country of nearly 200 million people and 250 ethnic groups who like to call their country the “giant of Africa”. With more of the country’s writers finding their voices to explore their lived experiences and history, the rise of Nigerian fiction looks set to continue.
Molara Wood will be appearing at Nigeria’s Ake Arts & Book Festival, the largest arts festival in Africa, which opens today and runs until Sunday, October 27th. akefestival.org