The Age of Genius by AC Grayling review: bloody strife and a heady rush into reason 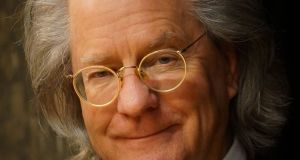 Book Title:
The Age of Genius: the seventeenth century and the birth of the modern mind

In a famous essay of 1931 Herbert Butterfield described what he called the Whig interpretation of history, which he defined as “the tendency in many historians to write on the side of Protestants and Whigs, to praise revolutions provided they have been successful, to emphasize certain principles of progress in the past and to produce a story which is the ratification if not the glorification of the present”.

In The Age of Genius, AC Grayling sets out to prove that the 17th century is “the epoch in the story of the human mind”, and to explain how “the mind-set of the best-informed people . . . changed from being medieval to being modern in so short and tumultuous a time”. His contention is essentially that the world witnessed an unprecedented “liberation of the mind” between 1600 and 1700 – in other words, from a little after the publication of Montaigne’s Essais to a mere 90 years before British law outlawed burning witches at the stake.

These, of course, are not the examples used by Grayling to illustrate his thesis. Instead, he sees the century as a period of clear progress, from the supposed credulity of the first audiences of Macbeth in 1606 to the enlightened ideas of the “Glorious Revolution” of 1688 and after. His narrative is of a piece with the Whig histories criticised by Butterfield, for example, calling 1688 a “bloodless middle-class revolution”, which would probably bemuse anyone who fought at the Battle of the Boyne. The 17th century, in Grayling’s telling, saw a headlong rush from “then” to “now”, with the minds of great men working overtime to turn medievals into moderns.

The resulting book is confused in more ways than one. The author believes that the upheavals of the time spurred the century’s intellectual developments, none more so than the earth-shaking violence of the Thirty Years War, which killed millions of Europeans and devastated the continent. So The Age of Genius begins with nearly 100 pages of precis, tracing the back-and-forth of alliances and offensives between 1618 and 1648, with only occasional paragraphs sketching new developments in the history of ideas.

From there it is on to a whistle-stop tour of occult philosophy and the history of science – the shift “from magic to method” – followed by some reflections on society and politics (largely told through the ideas of Great Men) and a brisk 15-page canter through “Language and Belief”, two topics generally considered to be reasonably relevant to the history of the 17th century.

It is in Grayling’s attitude to questions of belief that the weakness of his approach becomes clear. His insistence that religion is the great enemy of thought is as repetitive as a rosary: no point can be considered fully made without a sideswipe at believers. Religion (mostly Catholicism, it seems, though Islam does come in for a few kickings) is representative of the “pre-seventeenth-century mind-set”, and symptomatic of “the infancy of the human mind”.

Grayling’s attack on religion in all its forms is undermined by his inaccuracies. He gets the words of the Our Father wrong and writes at one point of the ease of believing “that you are saved whatever you do, and have been so from the beginning of time, as Calvinists were assured they were by virtue of being Calvinists”.

This, of course, is a caricature of what 17th-century Calvinists believed about salvation. Their agonised spiritual self-examination, found in myriad diaries and letters, suggests that such simple solace was much harder to come by. It’s troubling to find such schoolboy (though, presumably, not Sunday-schoolboy) errors of this kind in a history of a profoundly religious century.

Some of the author’s poster boys for intellectual progress pose him awkward problems. Descartes and Newton were both epoch-making thinkers, and both were deeply exercised by religious questions. The latter also devoted much of his time to antitrinitarian theology. (John Maynard Keynes described Newton as “not the first of the age of reason” but “the last of the magicians”, given his interest in occult topics.)

As for Descartes, God was central to his thinking on method. Grayling awkwardly gets around this fact by concluding that “a deity and its moral qualities aside, [Descartes] is a seminal figure in the seventeenth-century revolution”.

This is only a problem if you believe, as Grayling does, that religious feeling is a fatal flaw in anyone wanting to be considered “modern”. He says admiringly of the British in the middle of the 17th century that “by regicide and civil war they had brought the future forward at a faster pace than anywhere else in the world at that point”, neatly sidestepping the fact that many of those who fought against the king were motivated by firm belief in portent and prophecy. If they were fighting for modernity, they were doing so with Bible in hand.

The Age of Genius is not without its interesting passages. A section on the von Taxis family and their role in the development of European postal systems is unexpectedly gripping, while the fleeting appearances made by Marin Mersenne – the hub of a scholarly communication network and “the seventeenth century’s closest thing to an internet server” – suggest that there might be a far more interesting book about communication and the intellectual cultures of the period lurking behind this one.

That the 17th century witnessed immense changes in ideas and in society has never been in doubt, anywhere. But revolutions are always messy, contradictory things. (Steven Shapin’s great book on the scientific revolution begins: “There was no such thing as the Scientific Revolution, and this is a book about it”.) To understand historical change, we need to do more than cherrypick our favourite bits and call them progress.

Grayling’s steamroller narrative flattens the nuances and complexities that make the the century an exciting (and infuriating) period to study, leaving us with a 300-page exercise in Whig history – and an object lesson in what EP Thompson called “the enormous condescension of posterity”.

John Gallagher is a research fellow in history at Gonville & Caius College, Cambridge