Author, creative writing tutor and Red Line Book Festival Short Story Competition judge sets out what he is looking for in a story 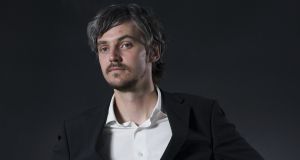 In Mao II, Don DeLillo’s novel about the replacement of literary fiction with terrorism as a means of altering ‘the inner life of the culture’ and making ‘raids on human consciousness’, one character professes his credo on the novel’s continuing relevance:

‘It’s a democratic shout. Anybody can write a great novel, one great novel, almost any amateur off the street… Some nameless drudge, some desperado with barely a nurtured dream can sit down and find his voice and luck out and just do it.’

If this is true of the novel, it’s even truer of the short story. Novels can take years to write. When embarking on that long trek, you have to marshal your time and energy whilst holding the whole thing in your head, remembering to foreshadow the revelation on page 211 with a hint back in the third chapter, and so on.

A short story, on the other hand, might be written in a week, or even a day. As a literary form, it really is open to everyone – there is nothing more democratic than the short story.

Let’s say you have three kids. Let’s say you live in constant dread that you won’t be able to make the rent or keep up the mortgage payments. Let’s say you work as a cook or a barmaid, an actuary or a teacher, a cashier at Lidl or a content censor at Facebook. Let’s say that much of the time you’re exhausted, frustrated, harried.

You can still find the time and vigour to write a story. Put aside an hour each morning, maybe. Or even, with a thrill of malicious satisfaction, write on the job. Christ knows I’ve done it that way when I had to. If you work in an office, keep a document open where you can amass ideas and polish sentences, and minimise it whenever your supervisor walks past. If you work on a building site, keep a notebook or a printout in your pocket, and tinker with your paragraphs during downtime. Jot phrases and ideas in your phone.

Here’s another communality between writing novels and short stories: you can’t do either well unless you read plenty of the stuff. This is widely understood and perhaps obvious, but it bears repeating. I’d rather read fiction whose influences are blatant than fiction by someone who blatantly hasn’t read much of anything.

Seek out what excites you, and don’t be dismayed if the stuff that everyone enthuses about on social media does nothing for you. If you discover a writer you’re a little embarrassed or uncomfortable about being seen to admire, that’s probably a good sign. If a book makes you feel you’re in danger of being cancelled for thoughtcrime merely for reading it, that’s definitely promising – good writing wells up from the unconscious and from wounds, and it gets pretty problematic in there.

This October, I’ll be judging a short story competition for the Red Line Book Festival. What will I be looking for? I can’t really say until I’ve found it, but generally I respond to the same qualities in the great writers whose work I study as in the students to whom I teach creative writing at the University of Limerick: flair, truthfulness, audacity, wit, perversity, fervour, originality. Short story writers I admire, and can recommend as exemplars of the form’s potential, include the following:

JL Borges, the Argentine master who is to short fiction what quantum physics is to the Newtonian universe. His fiction represents infinite freedom, a multiverse of narrative potential. If there is one piece of advice I will tirelessly repeat it is this: read Borges.

Lydia Davis, one of several writers (another being the David Foster Wallace of Brief Interviews With Hideous Men) who demonstrate that short stories can be even shorter than one might expect; that if you can condense an abundance of insights and ideas into a few perfect sentences, you really needn’t pad it out with all the rest. Beware: this is trickier to pull off than it may seem.

Roberto Bolaño’s collection of stories, Last Evenings On Earth, is a book I’ve been coming back to for years, entranced by its mysteriousness, its oneiric sensuality, its funniness. (In an essay on the art of the short story, Bolaño himself declares ‘The honest truth is that with Edgar Allan Poe, we would all have more than enough good material to read’, and he may well be right.)

My own collection, This Is the Ritual. Yes, I recommend my own book, not least because I had a blast pouring into it every idea I had about sabotaging, abusing, deranging, upending, destabilising, and ultimately honouring the short story form. I can’t endorse it highly enough.

Also, check out the many literary journals that publish short stories – the Irish ones are as good as those published anywhere. And of course, there are legions of Irish masters and mavericks of the short story form, both contemporary and canonical – read those too. Find the ones that resonate, discard the rest.

Personally I admire a wild style, some ingenious disruption and reckless gunplay. But if you prefer subtlety, restraint, delicacy of tone, classical structure and the efflorescence of epiphany, by all means go for that. The point is to dig out your desire and let it blaze on the page.

In Mao II, Don DeLillo suggests certain parallels between writers and the kind of people who fly planes into buildings or assassinate presidents. Both terrorists and writers are prone to obsessiveness and insularity; both are often guilty of a monstrous vanity, a sacred rage, a crazed oscillation between humiliation and grandiosity.

Don’t fly planes into buildings. Don’t even assassinate anyone, unless you absolutely must. Instead, write a story. It’s a more rewarding way to inflict yourself on the world, in the long run. Plunge into what hurts you, mystifies you, obsesses you. I’m waiting. Show me your guts.
Rob Doyle’s latest book is Threshold. He teaches creative writing at the University of Limerick, and his first novel Here Are the Young Men has been made into a film.
Rob Doyle is the judge for this year’s TU Dublin – Tallaght Campus and Red Line Book Festival Short Story Competition. The deadline for submissions is Wednesday, August 9th. Submission form and competition guidelines can be found here. Visit: redlinebookfestival.ie