Talking squirrels, neuroscience and marriage dilemmas from an engaging voice 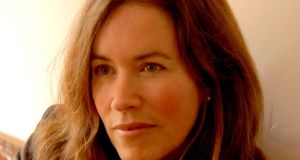 Jane Austen used the business of marriage to examine the landed gentry class of 19th century England. Each of her heroines finds the right match after various arduous journeys. Her novels finish with proposals and unions.

By contrast, Elizabeth McKenzie’s second novel The Portable Veblen opens with a proposal of marriage. Reflecting the modern American society portrayed in the book, the proposal is the beginning of a journey for its heroine Veblen Amundsem-Hovda, rather than the end.

Mixing elements of fairytale and magic realism with the grit of ordinary life, McKenzie’s engaging novel explores what modern marriage means and how it affects an individual’s chances of happiness. A fairytale opener of a cottage in Palo Alto, a proposal in a picturesque forest and a timid “yes” from Veblen soon gives way to “mild feelings of doom”. A nearby talking squirrel adds to the doubt: “As if to say, and she couldn’t help translating it this way: ‘There is a terrible alchemy coming.’ ”

Alarm bells are ringing from the outset: Veblen has only known her neurologist fiance Paul Vreeland a few months; both come from highly dysfunctional families and have yet to tackle the chaos of the past; Veblen dislikes the massive diamond ring Paul has chosen; she hides her antidepressant medication from him. Paul is a materialist, ambitious and driven; Veblen is a dreamer, happiest when wallowing in nature with her beloved squirrels or researching her Norwegian heritage through a biographical study of a distant relative, the real-life economist Thorstein Bunde Veblen.

For a biographical narrative of an economist to sit well with magical squirrels is testament to McKenzie’s skill at weaving the various threads of her story together. Witty and sharp, with plenty of insight into contemporary life, The Portable Veblen tackles with a refreshing lightness everything from marriage to evil pharma companies, war veterans to neuroscience.

The period before a wedding is a clever backdrop for her story. Family tensions are ramped up, past pains out and both Veblen and Paul discover things about themselves and each other that leave them second-guessing their decision to get hitched: “One by one, things he didn’t like would be jettisoned. First squirrels, then turkey meatballs, then corn, then – what next? Marriage could be a continuing exercise in disappearances.”

There are notes of Anne Tyler’s domestic bedlam in McKenzie’s writing and in her easy way of drawing believable characters. From California, the author’s collection of short stories Stop That Girl (2006) was shortlisted for The Story Prize, and her debut novel MacGregor Tells the World (2007) was a San Francisco Chronicle Book of the year. Veblen is her first novel to be published in Europe.

Fans of recent debuts Etta and Otto and Russell and James by Emma Hooper and Rachel Elliot’s Whispers Through a Megaphone will see similarities. All three novels use magic realism elements and share a willingness to experiment with format – photos of cheese and an appendix of the word squirrel in 65 languages are just some of the extras in Veblen.

McKenzie writes from both Veblen’s and Paul’s perspectives, and a number of side characters intermittently, offering a multifaceted view of complex subjects. The most controversial of these is Paul’s contempt for his brain-damaged brother Justin. While initially making Paul appear cruel and unsympathetic, his attitude becomes more relatable as the past is revealed.

Growing up on a hippie commune with pot-smoking parents who would “throw open house parties in which guests could arrive any time of the day or night and stay for the rest of their lives”, Paul’s yearning for normality is understandable.

Whether Veblen can offer him this stability is debatable. Her mother Melanie – a hilariously drawn hypersensitive hypochondriac who Veblen has been beholden to since childhood – and mentally unhinged war vet father Rudgear, have given her no easy path herself. As a child, Veblen’s problems were always secondary: “Her mother had trained her to turn herself inside out, like a pocket to be inspected for pilfered change.”

Despite the help of kindly Linus, her mother’s second husband, Veblen disappeared into her imagination, where nature and animals were a source of comfort.

Moving from this world into the real adult world has been a struggle: “Sometimes her reactions seemed to happen in slow motion, like old, calloused manatees moving through murky water.”

As subplots involving Paul’s neuroscience research jolly along the narrative, the subject of the impending marriage remains the core of the book.

McKenzie understands its positives and pitfalls, its ability to prompt characters to look deep into themselves. In a line that Jane Austen herself could have written, we are told: “A wedding is the time and place to recognise the full clutch of the past in the negotiation of a shared future.”