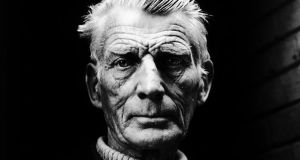 Fifty years after Samuel Beckett won the Nobel Prize in Literature, newly opened archives reveal the serious doubts the Nobel committee had about giving the award to an author they felt held a “bottomless contempt for the human condition”.

Announcing that the Irishman had won the laureateship in 1969, the Swedish Academy praised “his writing, which – in new forms for the novel and drama – in the destitution of modern man acquires its elevation”.

But with Nobel archives being made public only after five decades, documents have now revealed there were major disagreements within the Swedish Academy over the choice of the Waiting for Godot author. According to Svenska Dagbladet, the split was between Beckett and French writer André Malraux, with other nominations including Simone de Beauvoir, Jorge Luis Borges, Pablo Neruda and Graham Greene.

The Nobel committee’s chairman, Anders Österling, said most readers believed  Beckett’s writing was ‘characterised by a bottomless contempt for the human condition’

Four members of the committee supported Beckett and two backed Malraux, with the primary objections to Beckett coming from the Nobel committee’s chairman, Anders Österling, who had campaigned against the playwright for years. Österling questioned whether writing of “a demonstratively negative or nihilistic nature” like Beckett’s corresponded to the intention laid out in Alfred Nobel’s will, to reward “the person who, in the field of literature, produced the most outstanding work in an idealistic direction”.

While Österling acknowledged the possibility that behind Beckett’s “depressing motives” might lie a “secret defence of humanity”, but in the eyes of most readers, he said, it “remains an artistically staged ghost poetry, characterised by a bottomless contempt for the human condition”.

But Beckett’s main supporter on the committee, Karl Ragnar Gierow, felt that Beckett’s “black vision” was “not the expression of animosity and nihilism”. Beckett, he argued, “portrays humanity as we have all seen it, at the moment of its most severe violation”, and searches for the depths of degradation because, even there, “there is the possibility of rehabilitation”.

Beckett was rejected for the prize a year earlier, in 1968, but a year later his champions won out. Österling did not give the speech presenting him with the award. That was done by Gierow, who expanded on the arguments he made to the committee, saying that Beckett’s work goes “to the depths” because “it is only there that pessimistic thought and poetry can work their miracles. What does one get when a negative is printed? A positive, a clarification, with black proving to be the light of day, the parts in deepest shade those which reflect the light source.”

Beckett himself accepted the prize, but he did not come to Stockholm to receive it, or give the traditional winner’s lecture. And the division among the jury remained secret for half a century – unlike today, when the split over the decision to award the 2019 prize to the Austrian writer Peter Handke prompted the boycott of the ceremony by Peter Englund, the former permanent secretary of the Swedish Academy, and further resignations. – Guardian

Thomas Merton: the hermit who never was, his young lover and mysterious death
4