Margaret the First review: The life and times of ‘Mad Madge’ Cavendish 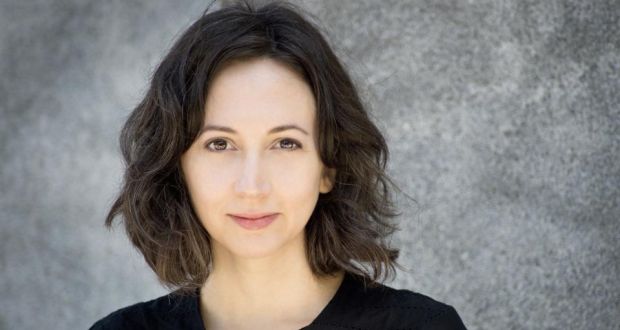 With a fondness for fame that would outshine any of today’s X Factor hopefuls, Margaret Lucas Cavendish, duchess of Newcastle-upon-Tyne, took pleasure in causing controversy in the 17th-century English court.

A prolific and underacknowledged author in an age when women wrote letters and recipes, the duchess (1623-73) earned the nickname Mad Madge for her feminist, forward-thinking writing and outlandish public displays – which included, on one memorable occasion, attending the theatre topless.

One imagines that Madge would be thrilled to find herself at the centre of a new novel by the American author Danielle Dutton. The founder of the feminist micropress Dorothy, Dutton has followed her critically acclaimed debut, Sprawl, with a vibrant rendition of a unique historical figure.

She is not the first woman writer to be drawn to the duchess. Virginia Woolf lamented in her essays the wasted talent of an intelligent woman, a precursor of feminism who ultimately became “a bogey to frighten clever girls with”.

In A Room of One’s Own Woolf compares her to 17th-century English poet Lady Anne Winchilsea: “The harebrained, fantastical Margaret of Newcastle, her elder, but her contemporary. They were very different, but alike in that both were noble and both childless, and both were married to the best of husbands. In both burnt the same passion for poetry and both are disfigured and deformed by the same causes. Open the Duchess and one finds the same outburst of rage. ‘Women live like Bats or Owls, labour like Beasts, and die like Worms.’ ”

On their wedding night there is hazing by William’s circle of friends: “Naturally the talk at dinner was pebbled with first-night jokes . . . I didn’t speak, just sipped and chewed: roasted carp, claret, a shoulder of mutton with thyme, and a fine sugar cake with sprigs of candied rosemary.”

Although she may be a young, second wife, Margaret is no Mrs de Winter. Rather, she is a lady of vast imaginative and creative powers, which emerges first through her eccentric fashion – “I ordered two new gowns: one white and triumphant like a lighthouse, one bruised like autumn fruit” – and then, following their forced relocation to a sedate Antwerp, her writing.

With William’s encouragement Margaret begins publishing volumes of poetry and philosophy. They soon earn her notoriety back in London.

In an atypical marriage for the era Cavendish is in many ways his wife’s patron. He invites her into his world of ideas and critical thinking, where figures such as René Descartes and Robert Hooke regularly appear. Dutton contrasts the celebrity hobnobbing with the mundanity of exile. Margaret pins her hopes, and her self-esteem, on her writing and its reception. Among her publications are Poems and Fancies, The World’s Olio and, still in print today, her utopian text The Blazing World.

At the centre of the novel is creation of another kind, or lack thereof. Margaret fails to produce a child with William – a dangerous predicament for a woman of that era. With great linguistic verve and pathos Dutton shows her plight: “Bold on the page, in life I was only Margaret.”

The quackery of 17th-century medicine is mined for nuggets, such as: “Remedies were prescribed, everything from more rest to the excrement of a virile ram rubbed across my belly”. Physicians order Margaret to summon up “an excited swelling, a heat” for sex. William gets wood-ash dissolved in wine, while his wife is “injected in my rectum with a decoction of flowers one morning . . . And above all else, the doctor said, I must try to be cheerful. No one conceives when sad, he reminded.”

The humour is typical of Margaret’s voice, which Dutton relates in first person until a shift midway switches to third, cleverly underlining the duchess’s desire to move from a private space to a public stage. The snippet-like diary form and rate of whip-smart quips bring to mind such contemporary American authors as Jenny Offill and Nell Zink. (The latter came to prominence through Dutton’s publishing house.)

Margaret’s extraordinary character and curious mind shine throughout her story. As she watches the barges at the Pont Neuf she wonders if “fishes in the river miss the salt of the sea”. Dissatisfaction at the limitations of her status is related: “Margaret wanted the whole house to move three feet to the left. It was indescribable what she wanted.”

In her short novel Dutton finds the words to give Margaret the voice she felt she lacked. “I had rather appear worse in singularity than better in the mode,” announces the duchess. That individuality emerges in an intimate, impressive portrait of a woman centuries ahead of her time.