Leaving the law behind to chase the writer’s dream

Danielle McLaughlin, a former solicitor, brings a forensic approach to detail to her short stories 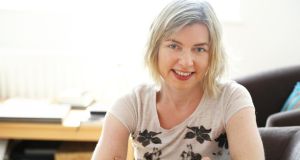 Danielle McLaughlin’s path to her first book has been refreshingly unconventional. Having trained and worked as a lawyer in Dublin and Waterford during the 1990s, McLaughlin returned to her home town in Co Cork about 15 years ago to set up her own practice and raise a family.

That was interrupted by a serious illness in 2009 that kept her at home. Just before falling ill, and with three under-fives, she wrote in an article for this newspaper about the difficulties of finding adequate childcare in a rural community. She had never written anything like it before, and its publication lit a spark that became an obsession.

“When I was at home and sick, and not working, I kind of had the idea of writing in my head,” she says. “It was journalism that I wrote for a while first, and I had more articles published, but then I very quickly moved to fiction, and I suppose I lost interest in the nonfiction side of it. I got obsessed with the short stories, and I never went back to practising law.

“It was a big life change, but I wasn’t being brave about it, you know? It wasn’t like I sat down one day and said, ‘Now I’m going to become a writer.’ It’s just the way it happened.”

Dinosaurs on Other Planets, McLaughlin’s refined but never austere debut collection of short stories, is the outcome of her work since then. McLaughlin is clearly fascinated by the details of people’s lives and the ways a single fact or encounter can shape a person’s experience of the world. Many of the stories turn on such details: a secret pregnancy, a failing marriage, an illness. It is no great leap to link the intimacies of her writing with the forensic eye of a lawyer, and McLaughlin suggests that both professions are all about telling stories.

“I really liked working as a lawyer, and I loved the side of it that was working with words,” she says. “It was all about use of words – using words creatively – and stories, because you get amazing stories that clients would bring you about their lives. The nuances and the tone, you’d have to watch that language so much. I actually find a huge amount of similarities between the two.”

Many people would shudder at the idea of leaving a secure job for the uncertainty of writing. McLaughlin says that deciding to pursue writing full time after a career in another area meant she didn’t have to put any pressure on herself to be successful with her writing.

“I had a great sense of freedom when I started writing then,” she says. “It was like I have a career and I’m walking away from the career, so I wasn’t looking to climb any career ladder with my writing. I had a sense of freedom that I’m going to do this just for the writing and just write whatever I want . . .

“If I was concerned about career-building at 40 years of age I should probably have stayed working as a lawyer, because that’s what all my qualifications were in. So changing careers, there was a freedom to it. I was just writing whatever I wanted, what I liked, and trying to learn as much as I could about it.”

McLaughlin is keen to stress that much of her skill has been learned. Her stories do not emerge as if by magic but must be coaxed out through hard work. When she began writing she attended workshops and seminars, to learn as much of the craft as she could from others.

Back at her desk at home, she often writes upwards of 50 drafts of a story before emerging with something she’s pleased with. This can go on for months before a finished story appears.

“It was a revelation to me to find out that this is how long it actually takes to produce a piece of acceptable work,” she says. “I would have thought before that writers were like magical creatures. That you’re just born a writer and the thing was to find out whether you were one or not. If you were a writer you’d just sit down and you’d write. That was how writing happened, these superhero characters who sat down and it all mysteriously appeared.

“But I realised that you could get there by sheer slog, going again and again and again, and I thought, That’s okay: if that’s what it takes to produce a piece of publishable work, then I’m prepared to do that.”

Another important result of McLaughlin attending writing workshops, particularly a series given by the Cuban-American novelist Lory Manrique-Hyland in Cork, was the formation of a writing group. McLaughlin and three other writers have been meeting twice a month for four years to read and critique each others’ work.

As well as further debunking the idea of the individual genius plucking finished stories from thin air, McLaughlin says that this process of discussion and communal close reading has made an “enormous difference” to the quality of her work and where the work ends up.

“I suppose the feedback in the workshops was not blunt but quite direct. There was no kind of, ‘Yes, that’s lovely, it’s all fine,’ and a pat on the head,” she says. “We’ve continued giving very, very honest feedback, so it’s very useful and it’s quite detailed as well. It really helps. I think I’m lucky in my group that everyone is so committed and so honest. And kind. It’s not nastiness, because you can be honest without being mean about it.”

McLaughlin’s next step looks to be a novel. While the jump from short story to novel can be difficult, the depth and clarity of the stories in Dinosaurs on Other Planets suggest that McLaughlin already has the material for the longer form. Although the work is still at an early stage, and she doesn’t want to talk too much about it in case she jinxes it, McLaughlin doesn’t seem nervous about making another great leap.

“This probably doesn’t make sense, but I think of it as a very, very long short story. I do have more characters in the novel than I would have in a story, and I can have that number of characters and I can give them all as much space as they want,” she says.

“That’s nice. I like that. Different elements can creep in, and I can say, ‘Okay, I’m going to run with this aspect: it’s new, and I’m going to develop it.’ Whereas with a story you have to guard the patch of time and space and keep it all together. There’s more room, hopefully, for branching out with a novel. That said, I might be tearing my hair out in six months, wondering what do I do with this.”

Dinosaurs on Other Planets is published by the Stinging Fly Press

Béla Bartók: how music broadened the mind of a ‘nationalist’ composer
Real news has value SUBSCRIBE