Late in the Day by Tessa Hadley review: a rather brilliant novel 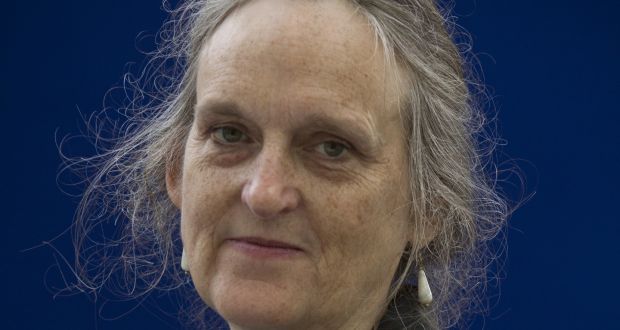 Tessa Hadley: explores the middle-class existence, its ennui and its deceptions, with great skill. Photograph: Colin McPherson/Corbis via Getty Images

Book Title:
Late in the Day

There are some writers who never let you down. They’re not big stars and their books are not preceded by a tsunami of hype. They simply do what writers do best, producing novels that are so apparently effortless that a wise reader recognises just how difficult they must be to construct. Tessa Hadley is one such writer.

Reviewing Billy O’Callaghan’s My Coney Island Baby last month, I wrote how refreshing it was to read a book about sex and passion after 40. It’s a theme that’s echoed in Hadley’s seventh novel, a subtle and powerful examination of friendship between two late middle-aged couples and the trauma visited upon them when one of their number dies.

Late in the Day opens with a phone call. Zach, the previously healthy owner of a London art gallery, has died suddenly, leaving his wife, Lydia, inconsolable and his long-time friends, married couple Alex and Christine, distraught. As the three console each other, they’re faced with individual memories of their loved one and a growing realisation that their lifelong friendship might not survive his loss.

Hadley sets the scene for a thoughtful rumination on the different types of attachments we form in life, and in the early chapters this is both contemplative and astute, but then she turns everything on its head halfway through with a plot twist that feels as unexpected as it does natural. Suffice to say that, for the remaining three, the removal of Zach from their lives is like taking away the fourth leg of a chair and expecting it to stand upright; it can’t and it won’t. It will fall apart the moment anyone tries to sit on it.

The novel slips back and forth in time, juxtaposing the grief of each character with their individual experiences of their friend. Alex and Zach have known each other since school, as have their wives, and originally the pairings worked the other way around, with Christine dating Zach and Lydia having an unrequited crush on Alex. But they’ve settled into a comfortable middle-class middle-age, all gallery openings, bottles of wine and ruminations on modern novels, little thinking that this is a facade that is only waiting for a dramatic moment to find itself ripped apart, revealing a surprising ugliness beneath the surface.

While Zach’s death is the catalyst for the action, it’s Christine who provides the emotional heart of the story. A painter whose work has never been as successful as it might have been, mostly because she lives with a man who believes that men create art while women have hobbies, she’s become resigned to the tiny ripples she creates in the art world. She reminded me a little of Glenn Close’s character in The Wife, ostensibly happy to sit in her less talented husband’s shadow while waiting for a moment to scream aloud, to silence a room, to be heard for once. Lydia, on the other hand, is pure drama, entering every room with the presence of a movie star, while Alex is a frustrated poet who believes he was destined for great things but has found himself teaching nine-year-olds.

Alex and Christine’s marriage, which seems so content at the novel’s opening, is in fact the most fragile, perhaps because of his narcissism. He’s a variation on a character that Hadley has written about before, one for whom the reader feels an increasing amount of antipathy but who clearly fascinates her. In the earlier sections he comes across as kind and sensitive but it’s a mask, for underneath there’s a bitter little man resenting his wife so much that he isn’t even aware how deeply he wants to hurt her.

One of Hadley’s gifts is being able to describe not just the friendships that have survived decades but the grudges and grievances that undermine them. She pokes and prods at each of her characters, forcing them to bring out their hidden frustrations and, ultimately, one senses that only Christine has any type of positive future ahead. Perhaps that’s the way it should be, as she’s the only one with any real sense of decency.

This is a novel that measures the distance between what the world sees and the uncomfortable truths that hide in the shadows. Zach is not quite the hero of the piece – like Alex, he’s rather self-involved and a bit pleased with himself – but his amiability papers over the artificial structures that the others have built. He fills the gaps between two illusions.

Throughout her career, Tessa Hadley has explored the middle-class existence, its ennui and its deceptions, with great skill. She has a keen psychological insight that allows her to create multifaceted characters that remain with the reader long after the story has come to an end. It’s no surprise, then, that Late in the Day is a powerful addition to her already distinguished body of work. Really, a rather brilliant novel.