His Bloody Project review: In cold blood in the Highlands 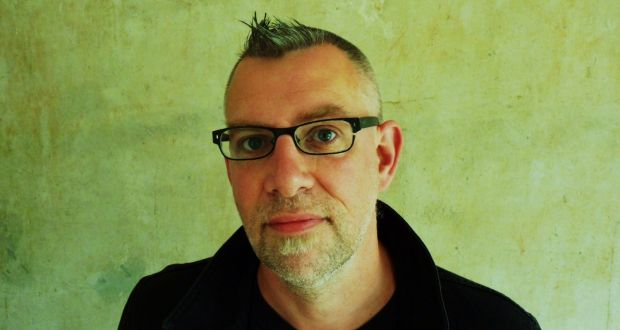 A dreadful crime is committed: three members of the same family are murdered in their modest dwelling. There is no mystery. The killer is a local boy known in the small community as the son of a brutal father and of a late lamented mother who died in childbirth.

The “why?” depends on whether the youth is proven to be either insane or merely a cold-blooded monster out for revenge. The motivation is not clear. Initially it appears to be have been prompted by repeated injustices suffered at the hands of a cruel local bully who, having been appointed parish constable, is abusing his authority. That makes his brutal killing seem almost understandable, if still difficult to accept. The other, far darker explanation is sexual rejection. Who, or rather, which to believe?

The facts, based on a real incident in 19th-century Scotland, almost become irrelevant, so good is the telling in prose of unusual clarity. Graeme Macrae Burnet’s Man Booker-shortlisted second novel has all the advantages: brilliant characterisation, conflicting viewpoints, sharp dialogue, the natural eloquence of Robert Louis Stevenson and, above all, assured pacing, supported by a masterful feel for ambivalence.

True to the best of crime writing, the genius lies in the story and the way in which the characters react. It may not be a conventional thriller, but it is no less thrilling for that. The Scottish author’s gleeful wit frequently surfaces in exchanges between characters that live off the page in a work which conveys not only a sense of period but also of place (a remote village). To say it is an obvious screenplay does not diminish the sheer literary ease which underpins the narrative.

In the late summer of 1869, Roderick Macrae, 17 and work implements in hand, set off to murder his neighbour, Lachlan Mackenzie, a lewd thug, who clearly had it coming. The reader is told that the author, while embarking in 2014 to research his family history, happened by chance upon some newspaper clippings – and the story.

So far, so familiar, Macrae Burnet is not the first novelist to avail of such a device. Yet there is a difference: the young killer, while awaiting trial, penned, at the request of his lawyer, a memoir of sorts. A first-hand account written at the time by the very individual who should at least know what happened promises to be irresistible, and it is.

Roderick is a bright boy – perhaps too bright – and as sensitive as he may be sadistic. He tells his story well; perhaps too well. Macrae Burnet, a fan of Georges Simenon, is clever and ensures that the troubled teenager is pretty convincing, if as formal as a barrister addressing a court. Even so, we know the boy is intelligent, though others suggest he is insane. The reader can’t lose.

When we first meet him, his lovely mother is still missed, having died only the previous year, and Roderick can still recall that although his father is now a morose depressive, quick with his hands and far too strict, his parents had once shared a romance. The boy has given up on church. Come to think of it, when he was small, he never did play with the other children.

Life is hard in Culduie, the small township consisting of nine houses and crofters who live on tiny parcels of land owned by the local lord. Culduie is populated by people who know each other’s business and most of their secrets. It is grim and claustrophobic, and disputes tend to fester “long after their original source is forgotten.”

Roderick is aware that his father and Lachlan Mackenzie were always mutually hostile. Schooldays are harsh because and his sister tend to be mocked. But the boy’s intelligence is noted by a new teacher, Mr Gillies, a frail townie who studied in Glasgow and is unlikely to be popular in such a remote place, wary of outsiders. When Mr Gillies asks Roderick if he has planned for the future, the response is a conditioned one: “I am required for the croft.”

As Roderick tells his story, there are echoes of Stevenson’s David Balfour in Kidnapped (1886), who is also accused of a murder that was also based on a real life event. The difference is that Roderick is guilty and his motivation obvious, at least for a while.

He is calm, quite likeable and a bit of a dreamer given to poetic observations: “In the yellow months, the nights here are never properly dark. The world appears instead as if all colour has been drained from it, and when the moon is high, everything is silver, as if rendered in the etching of a book.” He is also inconsistent, as are most humans.

Roderick’s memoir is interesting, and even better is the account by a psychiatrist that follows it. This is further surpassed by the trial, which is sharp, contradictory and rich in asides. The sardonic psychiatrist, James Bruce Thomson, steals the novel with a series of vicious observations dominated by his theory that rural criminals are not quite as depraved as their urban counterparts. Every person he sees is subjected to a ruthless physical assessment.

Poverty as a crime

Thomson’s comments are often hilarious, particularly as they are offered as scientific opinion. Sinclair, Roderick’s well-intentioned, touchingly zealous defence lawyer, engages the psychiatrist in a bid to prove the boy is insane. It backfires.

The cold, clinical Thomson’s contribution is not about a murderer’s guilt; his interest is rigidly anthropological. He sees poverty as a crime and assesses an entire culture:

“The living conditions of the prisoner and his family I found quite unfit for human habitation . . . the father, with whom I conversed for some minutes, I found to be dull-witted to the point of idiocy. The prisoner’s mother died in childbirth, a likely indicator . . . of some congenital frailty. The prisoner’s sister had committed suicide which is suggestive of some infirmity of mind running in this unfortunate clan.”

Dream-like, blatant, brutal and very funny, Roderick’s project is certainly bloody and very funny. The story is good; even more impressive are the bravura characterisation, vibrant use of language and the offbeat, tetchy exchanges.