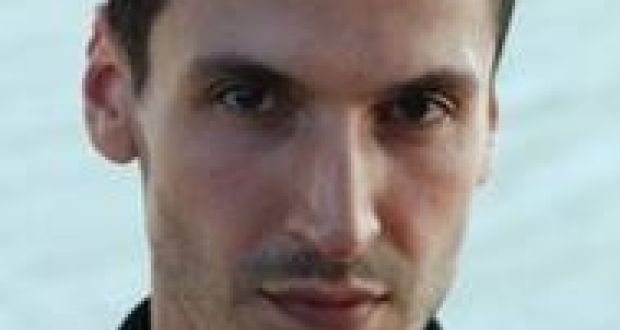 Crossing is Pajtim Statovci’s second novel, after his award-winning debut My Cat Yugoslavia

“La grande maladie de l’horreur du domicile.” The biggest sickness, wrote the French poet Charles Baudelaire, is horror of the home. It is an idea that comes to life in Pajtim Statovci’s second novel Crossing, a timely book that looks to challenge preconceptions about gender.

At the centre are two young Albanian boys who flee their home city of Tirana in the 1990s in the hope of better futures elsewhere. In a deft narrative that splices both voices with myriad backdrops – Berlin, New York, Madrid, Rome and Helsinki – Statovci tells a quietly subversive tale that seeks to highlight the devastating effects of shame.

With his narrators Agim and Bujar, who develop from young boys into unhappy young men, shame is inextricable from family. Agim’s voice dominates the narrative, from a gripping opening section that sees him attempt suicide as an immigrant in Rome in his early 20s. His predicament – “I am a man who cannot be a woman but who can sometimes look like a woman” – gives us a character who does not rest easy from the beginning and, crucially, won’t allow the reader to rest either.

As the book progresses, Agim emerges as an intelligent, kind boy whose struggles with identity, self-esteem, sexuality and gender see him mature into a self-preserving nomad who takes out his bitterness on those around him. In Agim, Statovci has created a complex individual whose morally dubious actions and inability to empathise with others at times border on psychopathy. At the same time, we feel the struggle – the loneliness, loss and degradation – that has brought him to this state. In a more conventional book, Agim might leave behind the bigoted culture in Albania and find happiness in a tolerant Western society. In Crossing, while he finds love and acceptance in locations across the world, it is never enough to quiet the hatred he feels for himself, instilled since childhood.

Agim’s best friend Bujar is the book’s second narrator, running away from the loss of his father to cancer, the disappearance of his sister Ana, and his distraught mother who lies in their poverty-stricken apartment “sprawled on the bed like a torn bag of flour”.

Unlike many contemporary novels, the dual narratives here support each other and each feels rounded and distinct. Statovci is particularly good at writing loss. Bujar’s father has terminal skin cancer – “it all felt utterly silly – to die of something as mundane as sunlight” – and he mirrors the two young narrators in his refusal to go gently into the good night. As his wife urges him to appreciate his life, his happy marriage and two wonderful children, it is his son who takes to heart the response: “The children, he scoffed. Anybody can have children, he continued, turning on his side, and I sensed the bitterness in his movements, in his legs, which he used to kick away the blankets.”

Crossing is full of insights and thought-provoking reflection, from suicidal ideation to sexual identity and the gender issues of the title: “I’m in a constant struggle with myself whenever I have to move from one place to the next or talk to other people. And that sensation is always present; there isn’t a day that goes by when I don’t think about it, about how inevitable it is that all life will eventually end.”

Statovci, who is 29, writes sensitively of his topics, in clear, vivid prose. The author’s family moved from Kosovo to Finland when he was an infant. His debut novel My Cat Yugoslavia (2014) won the Helsingin Sanomat Prize. Crossing won the Toisinkoinen Prize in 2016.

The backdrops of the novel all come easily to life. Most vivid is war-torn Albania and the injustice of geography. As he tries to settle in Rome, Agim is stark on the difference: “People here have time to lick their wounds, to be traumatized for years about something utterly trivial – they have all the time in the world to think about the meaning of life from one day, one month, one year to the next, to wonder what they want to do, what kind of profession they wish to have, while in my homeland newborn babies die of a fever and malnourishment, men die of shots fired to uphold the family honour, and women fleeing from their husbands are killed by the bullets given to their husbands by family during their wedding celebrations.”

Metanarratives run through the book – the allegories of Bujar’s father, the myth and history of Albania, the fictions Agim creates about himself – and all speak back to the painful, confusing subject of home. Early in the narrative Agim assures us that “nobody has to remain the person they were born; we can put ourselves together like a jigsaw”. A confident assertion, but as he travels the world in search of himself, the reader learns that a picture with one missing piece can never be finished.