Crime thrillers stray into realm of the dead 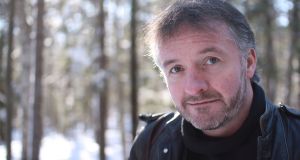 John Connolly: lures us yet again into those shadows where he has created a world that is uniquely his own

The wandering daughter job has been a staple of the private eye genre since Dashiell Hammett coined the phrase in 1929, but John Connolly’s A Game of Ghosts (Hodder & Stoughton, €17.99) offers a neat twist on the convention of the private eye quest when private investigator Charlie Parker is commissioned to track down fellow gumshoe Jaycob Eklund, who has likely wandered into harm’s way due to a long-standing fascination with the paranormal.

As its title suggests, the 17th novel in Connolly’s Charlie Parker series is more directly engaged with the supernatural than some of his more recent offerings: before he went missing, we discover, Eklund was investigating the Brethren, an ancient family that preys on the unwary from beyond the grave. Meanwhile, Parker’s daughter Sam, a fascinating character who is long overdue her own novel, grows increasingly aware of the role she is fated to play in her father’s epic battle with evil.

What follows is an absorbing tale of sin, punishment, atonement and redemption, the language as precisely measured and slowly beaten out as a eulogy delivered to the rhythm of a muffled drum, as Connolly lures us yet again into those shadows where he has created, as all great storytellers do, a world that is uniquely his own.

JS Monroe’s Find Me (Head of Zeus, €18.45) opens with Jarleth Costello seeing his ex-girlfriend Rosa at a Tube station, even though Rosa – officially, at least – took her own life five years previously.

Jarleth frequently experiences bereavement hallucinations, but this time Rosa’s appearance coincides with his being watched and followed. Is he succumbing to paranoia? And if Rosa were still alive, as Jarleth has always believed, why would the former Cambridge student have faked her death?

JS Monroe has previously published five spy novels as Jon Stock, but Find Me is a conspiracy thriller in which amateur sleuth Jarleth is plunged into a world of spooks and covert black-ops as he pursues the truth of Rosa’s disappearance. The tale proceeds via the parallel narratives of Jarleth’s investigation and diary entries, as Jarleth stumbles across a journal Rosa left behind, an encrypted document which can only be decrypted one entry at a time. It’s a conceit designed to maintain narrative suspense, but it’s one which grows increasingly implausible, as is the motive the reader is given for Rosa’s reappearance in Jarleth’s life.

John le Carré and Len Deighton are referenced throughout, but Find Me, though an entertaining page-turner, falls well short of such standards.

Sabine Durrant’s fifth novel, Lie With Me (Mulholland Books, €17.99), is a comi-tragedy centring on Paul Morris, a one-time bestselling author now reduced to mooching off friends and family. Wangling his way into a Greek holiday on the Ionian island of Pyros with some old Cambridge acquaintances, Paul’s vanity comes back to haunt him when he finds himself at the centre of an investigation into the murder of a young female tourist some 10 years previously.

Paul Morris might easily be a Patricia Highsmith creation, even if Durrant very deliberately renders her anti-hero a rather charmless Tom Ripley, a libidinous sociopath who lacks any redeeming features other than the callous honesty of his internal monologues, such as when Paul observes that “The selfish response to events was so much more straightforward than the morally correct”. The Greek setting is beautifully detailed, the large cast of characters neatly sketched in, and the plot is fiendishly deceptive as it gradually undermines the readers’ expectations. A slow-burning tale, Lie With Me is a blackly humorous and surprisingly affecting psychological thriller.

Set in Naples, Laurent Gaudé’s Hell’s Gate (Gallic, €12.75) opens in 2004 with Filippo Scalfaro De Nittis scheming to avenge the death of his father, Matteo, by stabbing gangster Toto Cullaccio. Filippo seems prone to grandiose pronouncements (“I’ve come back from the dead. I have memories of hell and fears of the world ending”) until the story flashes back to 1980, when we discover that Filippo, then six years old, was shot dead when caught in the crossfire of a gangsters’ shootout as his father Matteo brought him to school.

Hell’s Gate is the revenge thriller reimagined as an existential meditation, and one that owes a considerable debt to Dante and Homer, as the bereaved Matteo descends among the shades of the Underworld and harrows hell in a self-sacrificing bid to restore his son to life. Despite giving a whole new meaning to the phrase ‘criminal underworld’, Hell’s Gate is by no means a conventional crime novel, with Gaudé focusing his energies on creating a claustrophobic, intense contemporary myth that brilliantly evokes the madness of grief.

Jo Nesbo’s The Thirst (Harvill Secker, €14.99) is the 11th novel to feature Oslo police detective Harry Hole, although Harry is no longer a detective, instead lecturing at Oslo’s police academy. When lawyer Elise Hermansen is murdered by a man she has just met on Tinder, however, the details are particularly gruesome – the man employed a set of spring-loaded steel teeth to bite out his victim’s throat – and soon Harry is commissioned to set up an independent investigative unit to hunt down what appears to be a deranged wannabe vampire with a raging thirst for human blood.

Despite being a collection of fictional detective tropes – the genius loner maverick who resents authority and struggles with addiction – Harry Hole is enjoyably sardonic company as he unravels the mystery of ‘the vampire killer’.

His efforts are hugely helped by the fact that the killer is an old foe who simply can’t help leaving clues to help Harry’s investigation along. Leaving very few serial killer clichés unturned (“At last we meet again, Harry’”, The Thirst is a polished pot-boiler that will likely delight Jo Nesbo fans but leave anyone encountering Harry Hole (“the most mythologised murder detective in the Oslo Police”) for the first time wondering what all the fuss is about.

Declan Burke is an author and journalist. He is the editor of Trouble is Our Business (New Island).