A rich sampler of Sartre

The existentialist’s insight is laid bare here, away from any distracting biographical details 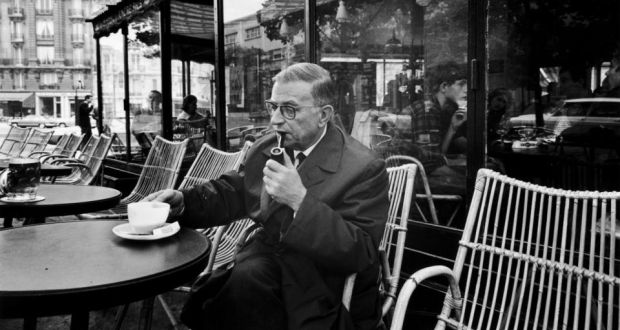 Jean-Paul Sartre in 1966: this collection of his work shows the diversity and vivacity of his essayistic writing. Photograph: Dominique Berretty/Gamma-Rapho via Getty Images

Book Title:
We Have Only This Life to Live: The Selected Essays of Jean-Paul Sartre 1939-1975

Jean-Paul Sartre, in a magazine interview at the age of 70, five years before his death, made no apologies. One of the most prominent French thinkers of the 20th century, echoing one of its most famous French singers, declared laconically, “I have written, I have lived, I have nothing to regret.”

Sartre’s posthumous dilemma, however, was that what he had written would increasingly be judged by how he had lived, and how he had lived was more often seen as a cause for regret than for celebration. Notably, he was judged to have been a fellow traveller of Soviet totalitarianism for longer than was decently sustainable, to have shown a disturbing tolerance towards the excesses of revolutionary violence and to have a record of resistance during the second World War that was not quite as illustrious as it appeared on first inspection. Sartre increasingly appeared as a dark and compromised Cain alongside Albert Camus, a morally incorruptible Abel, whose reputation has risen in tandem with Sartre’s fall into the murk of unseemly commitments.

As Sartre himself noted addressing his critics, in an essay from 1944 on existentialism, it “is not even certain that you have read any of the books that you are talking about”. The most damaging aspect of the biographical determinism to which Sartre has been subjected in recent decades is that it becomes the perfect alibi for ignorance. No need to read the man’s work if he was such a heel. It is in this context that the editorial initiative of Ronald Aronson and Adrian van den Hoven is to be welcomed in bringing to the attention of English-speaking readers examples of the sheer diversity and vivacity of Sartre’s essayistic writing. The 28 essays and two interviews cover a vast range of topics, from Husserl’s phenomenology to the liberation of Paris to Giacometti’s sculpture to the Arab-Israeli conflict (where his views are anything but predictable) and the dangerous unaccountability of parliamentary democracies.

Subversive polemic
Sartre was clearly writing in a tradition of subversive philosophical polemic in French that reached back through Zola, Rousseau and Voltaire to the Provincial Letters of the 17th-century mathematician and Christian thinker Blaise Pascal. It is a tradition that, while attending to the specific contemporary point being debated, constantly refers to wider frameworks of philosophical reference. What is most striking about this very disparate collection of essays, whether the topic is the war in Algeria or the spatial properties of New York city, is the constancy of Sartre’s preoccupation with the question of the limits and necessity of human freedom.

The essays are mainly taken, for example, from the collected volumes of his essays known in French as Situations, and the “situatedness” of humans was a fact that Sartre deemed inescapable. So when he prefaces Frantz Fanon’s The Wretched of the Earth or writes about the poetry of the French-Caribbean poet Aimé Césaire or examines the work of the playwright Jean Genet or details the genesis of anti-Semitism in Anti-Semite and Jew, he signals again and again the decisive presence of colonialism or racism or homophobia or anti-Semitism. However, he does not argue that situation is everything. Humans, unlike objects or things, are not defined by some set of essential properties such as hardness or roundness or hollowness. Human existence defines itself as it goes along. Humans do not have an “eternally established nature”, some eternal essence of what it is to be human that pre-exists them. They become what they do. But what one can do is determined in large part by one’s circumstances.

For Sartre, no matter how wretched the situation, therefore, individuals have as a last resort the freedom to either revolt or accept their lot. As he argues in his presentation of the influential postwar journal Les Temps Modernes, individuals are “committed, forced to wager; abstention is also a choice”. This freedom can bring with it terrible consequences, and Sartre harbours no illusions about the cost of revolt against one’s condition. Throughout the essays he stresses the terrible responsibility of freedom. The freedom he has in mind is not the clappy-happy nirvana of unlimited text messages but the difficult and deliberate choice to work towards a society of free men and women in the face of the most entrenched and brutal oppositions.

If Sartre entitled his autobiography Les Mots, it was, in part, because of a lifelong obsession with words and what words can do. This attentiveness to language made him unusually alert to the achievement of others. His essay on Camus’s The Outsider, included in this collection, is a striking blend of analytic precision and pithy appropriateness. His discussion of the work of the writer and thinker George Bataille is a model of scrupulous, forensic intelligence. (“God is dead, but men have not, for all that, become atheists.”) That his sympathies are not exclusively national is borne out by an intriguing essay on the American writer John Dos Passos and his novel 1919. Indeed, Sartre may have been a ferocious critic of American policy, but he, like so many other French writers and intellectuals of his generation, was lost in admiration for the capaciousness and singularity of American writing and popular music. In a series of short pieces he was commissioned to write in 1945 for two French publications, he offers a generous portrait of the American working class.

restaurant
He interprets a widespread antipathy in the US to radical socialism not as some incurable weakness of intellect but as a genuinely held belief in “progressive individualism”, the notion that, in this migrant

republic, everyone had an equal opportunity of making it to the top. Last in could be first up. Not all of Sartre’s evidence is equally persuasive. In his rather doleful account of American food, he claims the workers in their canteens eat much the same fare as the plutocrats in their luxury restaurants: “To finish up, the worker just like his boss, eats a big piece of sponge cake with cream or an ‘ice cream’ [in English in the text]. They drink the same chlorinated ice water and the same bad coffee.” This leads him to conclude that the American worker does not see himself to be all that worse off than his boss in terms of standards of living.

In a world caught between the bullying mantra of There Is No Alternative and the stale certainties of We Are Where We Are, the caustic, critical intelligence of Sartre’s essays comes as a sharp and timely reminder of how freedom is not just another word for how much we have lost but for how very much there is still to lose.