For someone on the edge of Irish literature, they can’t know what they are missing 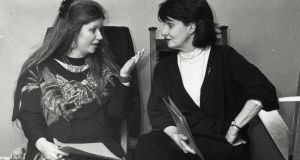 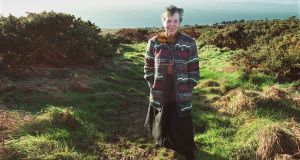 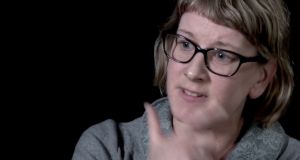 It’s almost 100 years since women were granted franchise, and a start to some kind of social equality. If you were 30 or over, you could vote. Given what voting rights imply in terms of adult equality, it’s a strange thing to still find it necessary to speak out about women and Irish literature. A pattern becomes apparent, given historic concerns about the Field Day Anthology, and more recently issues surrounding the exclusion of women from the National Theatre (#wakingthefeminists).

You imagine certain things have been achieved, or understood. That men and women stand side by side in the social, intellectual and philosophical experiment of life. Then by chance you read about the Cambridge Companion to Irish Poets, edited by poet Prof Gerald Dawe of TCD. The volume is described as a “Companion to Irish Poets”, in other words a book through which one can companionably undertake an informed journey through Irish poetry, reading essays by accomplished and admired contributors.

Initially, after I posted an image of the anthology on Facebook, which also offered its contents list, there were a few comments. I was not alone in doing this, and Christine Murray, poet and editor of the blog Poethead, had already initiated a discussion. Gradually a group of women from diverse backgrounds – largely poets from all over Ireland, and several academics – gathered, motivated by the idea that a cogent response was necessary to the gender imbalance in this representation of Irish poets.

The result is FIRED! Irish Women Poets and the Canon, which offers a pledge to redress gender imbalance in Irish poetry. Importantly, the purpose of the pledge is to invite scholars, writers and interested parties of all genders to sign and commit themselves to asking questions about representation at festivals, in anthologies and in edited collections of essays such as this.

The omissions in the Cambridge volume don’t stop at the representation of poets; our dismay mounted as we noted the gender imbalance in the list of contributors. Out of 30 invited contributors, only four are women (Lucy Collins, Florence Impens, Fran Brearton and Maria Johnston). The essays themselves consider four mid-20th century women as subjects: Eiléan Ní Chuilleanáin, Eavan Boland, Medbh McGuckian and Nuala Ní Dhomhnaill, and 26 male poets dating from the 17th century to the present. Among the 26 men whose work is considered are Austin Clarke (by Lucy Collins), James Clarence Mangan (by John McAuliffe), Thomas Kinsella (by Andrew Fitzsimons), John Montague (by Maurice Riordan), Richard Murphy (by Benjamin Keatinge), Derek Mahon (by Matt Campbell), Seamus Heaney (by Terence Brown), Brendan Kennelly (by Richard Pine), Ciaran Carson (by Nicholas Allen) and Paul Muldoon (by Peter McDonald).

It is staggering that a contemporary editor can commission scholarly essays of some calibre on so many male writers yet think fit to omit female writers of reputation and even genius, among them poets from the 18th, 19th and earlier 20th century, but also poets who are or were contemporaneous with some of the more recent voices.

So, who is omitted, one may ask? Among the poets of the 18th century who might have been considered for discussion are Laetitia Pilkington, Mary Barber, Mary Tighe and Dorothea Herbert, while Charlotte Brooke’s creative translation Reliques of Irish Poetry is unquestionably influential. The influence of the 19th century poet and novelist Emily Lawless on 20th-century Irish writers, to take another example, is repeatedly asserted in scholarship (Calahan 1991, Hansson 2007). The Cambridge Companion does not take advantage either of the work done on Irish female poets in the early Romantic Period, nor on women’s contribution to the Irish literary revival and the first World War, who include Katharine Tynan, Susan Mitchell, Dora Sigerson Shorter, Ethna Carbery, Eva Gore-Booth and Nora Hopper Chesson.

This collection of essays represents a startling inventory of omission, particularly when the question of a volume being considered a ‘companion’ to any existing knowledge is considered. Irish language poetry is also diminished by the exclusion of, for instance, Máire Mhac an tSaoi, Biddy Jenkinson, Celia de Fréine, Aifric Mac Aodha, Doireann Ní Ghríofa and Collette Ní Ghallchóir. If we travel from the 1960s to the present day there is no sign of poetry by Irish women writing in English either and contemporaneous to Mahon, Murphy, Heaney and Muldoon, no Eithne Strong, no Leanne O’Sullivan, Moya Cannon, Enda Wyley or Leontia Flynn, all of whom have significant publications.

What disturbs me as a practising poet, novelist, and university teacher of creative writing is that this is how students are unintentionally guided away from any possibility of discovering writers from the past. They cannot learn about the real, representative canon, because mono-gendered selections automatically find a place in university libraries, and are read by interested lay people with a real interest in literature. For someone – whether Irish or foreign – on the edge of the dazzling vista that is Irish literature, they cannot possibly know what they are missing, because it has been airbrushed from sight.

For women who write professionally comes the realisation that omission on such an academic level remains a fact of life. The response to the women who have worked to form FIRED! Irish Women Poets and the Canon has so far been 100 per cent positive, with signatories of both genders already signing the pledge, among them the executive director of the Academy of American Poets and producer of poets.org Jen Benka, along with Eavan Boland, Dawn Miranda Sherratt-Bado, Sarah Davis-Goff, Amos Greig, Kevin Higgins, Clíona Ó Gallchoir, Siobhán Campbell, Niamh Boyce, Sinéad Gleeson, Paul Perry, Kevin Breathnach and Kimberly Campanello.

Ireland’s universities are brimming today with knowledge-seeking female students. Our Arts Council now supports outstanding literary organisations the length and breadth of the country, whose membership includes huge numbers of women readers, writers and performers. These organisations do not exist for any other reason than the advocacy and promotion of writing by both genders, and for an academic publisher to present an edited collection such as the Cambridge is at variance with the idea of inclusive literary endeavour.

It is incumbent now, in the centenary year of female franchise in Ireland and Britain, for editors, festival promoters and anthologists to consider the range of female literary voices at their disposal and to include some of them. For the sake of truth and balance, we need to resist exclusion, speak out and for God’s sake lean in. For the signable link, go to: https://awomanpoetspledge.com