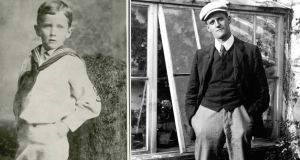 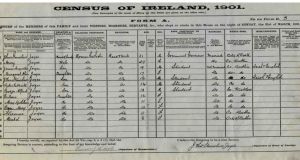 A century after its publication, how can we find new ways of looking at James Joyce’s A Portrait of the Artist as a Young Man? An unlikely pairing of literature scholars and computer scientists at University College Dublin have come together to map the social networks of Joyce’s characters and have come up with some surprising conclusions. Working with acclaimed Irish actor Barry McGovern and his son Sam McGovern and Athena Media they have produced a dynamic multimedia version of the first edition, available free of charge, to celebrate the centenary of its publication on December 29th, 1916 and to illuminate how it speaks to some of the most pressing issues of our time.

A Portrait of the Artist is full of detailed descriptions of the Dublin of Joyce’s youth, as we follow Stephen Dedalus on his journey of intellectual, emotional and aesthetic transformation. Joyce’s Dublin has usually been understood as a place of connections, where everyone meets everyone else eventually, either on the streets of the city or in its pubs. His debut novel reveals a more complex picture. As Stephen grows, like any child, his world changes. In the first chapter he is securely rooted within his own family, but through their arguments, even at the Christmas dinner table, politics is intertwined with personal life. As Stephen goes on to school and then university, this pattern of political, religious and eventually aesthetic conflict being deeply imbedded in personal relationships persists. As a schoolboy, he is picked on for liking the poetry of the immoral Byron. At university, he argues even with his closest friend Cranky about nationalism. These conflicts around what Joyce would later call “the big words which make us so unhappy” have obscured another isolating force in the novel. Like Joyce’s own family, Stephen Dedalus’s family experiences downward social mobility in the novel due to his father’s drinking, general incompetence and neglect.

This is where charting the social network offers a fascinating new insight into the novel – the networks within each chapter are remarkably distinct. In a city as small as Dublin, the Dedalus family is not presented as maintaining any social connections larger than the family, except for their rather complex negotiations with the church. Beneath the political, religious and artistic divisions lies a starkly socially segregated city. Put simply, friendships do not survive poverty in the Dublin this novel so painstakingly reproduces. In modern parlance Stephen and the Dedalus family are “de-friended” as they move down in the world. This new way of looking at the novel puts social inequality and division centre stage.

A Portrait of the Artist as a Young Man Visualisation

Now regarded as one of the most popular and influential Irish novels of the 20th century, the publication of A Portrait of the Artist as a Young Man was a long and difficult process for Joyce. The novel, which charts the wanderings and artistic development of Stephen Dedalus, was originally published in serial form in 25 instalments in the avant-garde magazine The Egoist in 1914 -1915. It was subsequently released as Joyce’s first novel in New York by BW Huebsch (who also published DH Lawrence and Georges Sorel) on December 29th, 1916, at a time when both nationalism and modernism began to shape a new Ireland.

University College Dublin’s multimedia edition integrates the results of this research in a very accessible way, through animations produced by Vermillion Design in Dublin, which show how each character in the chapter relates to the others. Carefully reproducing the text of the novel exactly as it was published in 1916, each chapter in this edition also includes the audio reading of the chapter. Archival photographs from the period give readers a window into the time and place of the novel. Readers inspired to explore Joyce’s Dublin are offered a map to find the places mentioned in the novel and how they correspond to the places where Joyce himself lived as a young man. This online, mobile-enabled version invites new readers of Joyce to dip in to his first novel, then read and listen at leisure. The team at University College Dublin hope readers returning to the novel as old friends will find here a new way to enjoy and engage with it.

Co-edited by literary scholars Gerardine Meaney, Maria Mulvaney and Karen Wade, this multimedia approach to A Portrait of the Artist as a Young Man was developed with computer scientist Derek Greene as part of the Nation, Genre and Gender project, which uses computational methods to examine a large collection of 19th- and early 20th-century novels. The project’s website, at nggprojectucd.ie, invites readers to look at how the novels of Jane Austen and Anthony Trollope – and Joyce’s debut novel – can be read in terms of the social connections and disconnections between characters.