2015 in books: Biography and memoir

King of the Blaskets, Hitchcock and the troubled McQueen 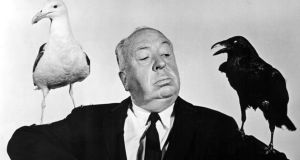 From the King of the Blaskets to the decline of Tony O’Reilly’s empire, there are interesting and wide-ranging biographies on the way next year.
Andrew Wilson’s Alexander McQueen (Simon and Schuster, February) explores the source of the fashion designer’s genius and the links between his dark work and troubled personal life.
Peter Ackroyd’s Alfred Hitchcock (Chatto, April) turns the lens back on the famously controlling master of suspense.
Becoming Steve Jobs (Sceptre, March), by Brent Schlender and Rick Tetzeli, sheds new light on the Apple tech wizard and his innovations.
Sonia Purnell’s The Private Wars of Clementine Churchill (Aurum Press, May) chronicles the life of an extraordinary woman and the influence she had on her prime-minister husband, Winston, during the second World War.
Young Eliot (Jonathan Cape, February), by Robert Crawford, marks the 50th anniversary of the death of TS Eliot.
The Last Blasket King (Collins Press, April), by Gerald Hayes, tells the story of Pádraig Ó Catháin, known as An Rí, with help from his great-great-granddaughter Eliza Kane.
Later in the year Matt Cooper’s Tony O’Reilly (Gill & Macmillan, October) promises a comprehensive and widely sourced assessment of the affairs of one of Ireland’s most famous businessmen.

Part memoir, part feminist manifesto, Emer O’Toole’s Girls Will Be Girls (Orion, February) protests against the “makey-uppy bullshit” of gender conditioning. The Daughterhood (Simon and Schuster, February), by Natasha Fennell and the Irish Times journalist Róisín Ingle, explores the relationships between mothers and daughters with eight women who want to improve relations before it’s too late.
A new memoir from Kevin Myers, A Single Steadfast Heart (Lilliput, October), details the writer’s childhood and his secondary school days in Leicester.
In Submerged (Penguin, May), the retired garda Tosh Laverty tells of his 30-year career dealing with murders and missing persons as part of the Garda sub-aqua unit.
Kari Rosvall’s extraordinary beginnings as a Lebensborn child in the Nazi regime are related in Nowhere’s Child (Hachette Ireland, March).
The autobiographies of the former Irish Times food writer Theodora FitzGibbon are collected in A Taste of Love (Gill & Macmillan, April), in which the author brings alive the sights and sounds of 1930s Paris, wartime London and 1950s Rome.
The Utopia Experiment (Picador, March) recounts Dylan Evans’s extraordinary experiment creating a postapocalyptic society in the Scottish Highlands.
The American actor and writer Mindy Kaling’s Why Not Me? (Ebury, April) is a collection of witty personal essays, while Dom Joly’s Here Comes the Clown (Simon & Schuster, May) brings more laughs from the comedian best known for Trigger Happy TV. For something marginally more serious, try Boris Johnson’s Have I Got More Views For You (William Collins, February).