Most popular employers are Google, Apple, Facebook, Disney and Coca-Cola 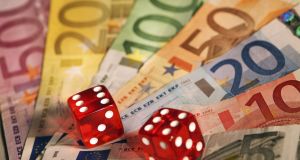 The popularity of insurance in Ireland has fallen one place in 2015 to 19th out of 22 industries.

There has been a sharp rise in the number of business students identifying “job security” as a key goal, according to research released by Deloitte.

The research report called Talent in Banking contains results from more than 1,900 business students in Ireland.

It shows that despite software and computer services, fast moving consumer goods, and banking sectors declining in popularity in 2015, they remain the most popular industries.

The research was carried out to assess how the banking industry is faring in terms of attracting business graduates to the profession.

A fifth of respondents indicated the software sector was their sector of choice, compared to just over 12 per cent who favour the banking industry.

More than 60 per cent of Irish business students identified a “work/life balance” as a top career goal.

A little over half said “job security”, while almost 40 per cent indicated the goal of having an “an international career”.

Specifically amongst banking-inclined students in Ireland, while having a good work/life balance remains the top career goal, the score has fallen by almost eight per cent since 2014 to 55.1 per cent.

There has been a considerable surge in the desire for “job security”, which is up from 42.6 per cent to 51.5 per cent.

The desire for an international career has also risen since 2014 with 43.7 per cent identifying it as a career goal compared to 34 per cent in 2014.

The findings also indicate that banking is less attractive to female students in Ireland than it is across Europe, the Middle East and Africa.

In addition to the banking sector, Deloitte also examined how the insurance sector is faring in terms of attracting business graduates.

The popularity of insurance in Ireland has fallen one place in 2015 to 19th out of 22 industries. No insurance organisation appears on the business students’ list of top 30 favourite employers.

Similar to the banking industry, the insurance sector is not attracting female graduates. Among the business students in the Irish survey, 55.1 per cent were women, but they make up just 39.4 per cent of students showing an interest in insurance.

Only in Switzerland, among the European, Middle East and African markets surveyed, was the proportion of women interested in insurance lower.

The top career goal among Irish insurance-inclined students is “to be secure or stable in my job”, as identified by 66 per cent.

This was closely followed by “work/life balance” with 63 per cent. Irish insurance-inclined students say they are more concerned with secure employment and development opportunities than with pay.