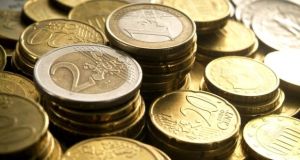 The first round of the Momentum programme cost €16 million, co-funded by the Government and EU, and yielded €9 million in initial savings in welfare payments.

A novel job seekers’ scheme which incentivises training providers to get long-term unemployed people off the live register has been credited with a 50 per cent success rate.

An evaluation report on the pilot Momentum programme said this rate of progression to further education or employment was ahead of other schemes domestically, and “compares favourably to outcomes-based programmed for the unemployed in the UK and Australia”.

While a number of job initiatives are being piloted by the Department of Social Protection, Momentum was described as a “significant departure” in that it sought to transfer “delivery risk from the State to the training provider”.

This resulted in “an outcomes-based approach that was new to everyone”, according to the assessment report compiled by Solas, the further education and training authority

The first round of the programme cost €16 million, co-funded by the Government and EU, and yielded €9 million in initial savings in welfare payments, albeit the long-term benefits were projected to be a multiple of this.

A further €3.5 million was saved through the outcomes-based payment model, under which training providers receive their fee only once targets are hit.

Such providers get 60 per cent of the fee if participants complete their training courses. A further 15 per cent if they are then placed in work experience with supported workshops, and the remainder of the fee is dependent on learners moving off the live register into further education or employment.

Some 6,574 people commenced the programme, half of them having spent three years or more on the live register. Of these, 5,894 were present at the third week of training, and 3,532 had completed a programme by mid December 2014.

Additional data from client service systems “confirms that over 50 per cent of those who started the Momentum programme were signed-off the live register at the end of the programme,” the report found.

While some of this could have been accounted for by emigration, “comparative research from the UK supports the likelihood that the Momentum Programme has generated significant further unclaimed job placement outcomes,” it added.

The review, however, urges the department to be vigilant to avoid any exploitation in work experience programmes, and also cites the risk of low-wage employment for many participants.

“It is likely that entry-level employment suitable for the long-term unemployed is going to attract relatively low rates of pay, thus there is a greater risk of attrition among this cohort. The file review suggests that 10 percent of reviewed jobs might be at risk.”

The report added placements should try to facilitate a move “directly into employment” with the host company.

“It is noted that the JobBridge internship scheme proved a particular challenge for many training providers and participants alike… Where there is prior knowledge that the employer uses JobBridge, care should be taken to minimise the duration of unpaid work.”

Some 46 training providers were commissioned to run courses under Momentum, including Irish Times Training.

It said: “It is strongly recommended that travel and accommodation allowances should be provided for participants, commensurate with those offered on similar interventions designed to engage with the long-term unemployed. It is illogical for such a positive response to an identified national policy imperative to be subsequently undermined by the creation of a very real barrier to participation for the long-term unemployed.

“Similarly, it follows that childcare supports should be provided in all situations where they would positively address a barrier to participation for target participant group members.”

1 How can I view my dead brother’s will if I’m not the executor?
2 Kerry’s Chinese sales set for 30% hit from coronavirus
3 Provisional liquidator appointed to Dublin engineering firm
4 Bursting of Tesla bubble a case of ‘not if, but when’
5 Analyst doubles projection for Tesla shares to $1,200
6 US reiterates opposition to Huawei equipment being used for Irish 5G
7 Bank of Ireland staff in line for 2.95% pay increase
8 Finance Ireland plans stock market flotation in May
9 Flutter’s planned merger with Stars gets informal approval in Australia
10 HSBC to slash 35,000 staff in dramatic overhaul
Real news has value SUBSCRIBE