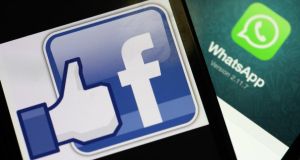 When Brian Acton and Jan Koum incorporated WhatsApp in 2009, they probably didn’t give much thought to the future sale prospects of their company.

But sell the duo did, garnering a staggering $19 billion in cash and stock for a venture they founded just five years ago.

The WhatsApp deal has led many starry-eyed tech entrepreneurs in recent weeks to dream of billion dollar deals for their companies.

It’s no secret that for many entrepreneurs, exit is the end goal, and selling the business is the most common exit strategy.

So how can you prepare your start-up for a merger or acquisition and make it more attractive to potential bidders?


Relevancy
The best way to make a company attractive to a buyer is to make it undeniably relevant, according to Charles Welch, managing director of Silicon Valley investment bank Pagemill Partners.

Mr Welch, who has successfully completed numerous M&A transactions at Pagemill, says this can be accomplished in a number of ways including customer acquisition, a clear technology or competitive advantage, financial performance and time to market dominance.

“A company that has unique products that are currently in demand and complimentary to an acquirer’s existing offerings creates strategic value and thereby commands a premium.”

“Companies that can actually show acquirers the synergies between the businesses (whether technological, operational or financial) have always been rewarded with an M&A premium,” he added.

Ben Hurley, chief executive of the National Digital Research Centre, says a merger or acquisition is only realistic if the start-up creates something of value.

“Entrepreneurs should make sure their product or service solves a real customer problem. They should question whether the business is scalable, if the market is big enough and whether they have a good market fit.”

PageFair co-founder and chief executive Sean Blanchfield says the best way to be bought for a princely sum is to be genuinely valuable to the acquirer and not just superficially dressed up.

And he should know having previously been through the sale process.

“Cynics may call WhatsApp a small geeky company with a simple app, but in reality they are a communications network of half a billion people,” he says.

He says entrepreneurs should be wary of anti-dilution clauses in contracts, and of giving pre-emptive rights to anyone.

“Anti-dilution covenants ensure investors in certain rounds don’t have their shares diluted. Investors will maintain their stake but everyone else will lose out.

“In some cases, if you get a large contract with a company, you have to give them first refusal rights when selling your company. This pre-emption covenant can contaminate the sale process.”

While he says it can be difficult for entrepreneurs to resist pre-emption covenants when they are starting out, and a big contract is in sight, they should avoid them as much as possible.

“Other buyers will be put off acquiring the company, as their offer will be disclosed to the company or investors with the pre-emptive rights.”

Mr Blanchfield says entrepreneurs who are interested in doing a low-value “quick flip”, should make their company easy to buy with “a simple ownership structure, solid processes and no skeletons in the closet”.

In terms of funding rounds, most technology companies have clearly defined ownership structures (including liquidation preference stacks) that define exactly how the proceeds of a transaction are distributed, according to Mr Welch. Thus, unwinding the funding rounds is not typically a problem.

“It, however, is important to make sure that the necessary votes and overall support from investors and key management/employees to complete a transaction are secured,” he says.


Revenues
and revenue streams
Be sure you have clean books. Buyers will want to know everything about the balance sheets, assets, liabilities and tax position, according to Matt Sachse.

Thus, entrepreneurs must be prepared to answer everything including tough questions about the reporting end of the business.

While past financial figures are important, the key things buyers will be interested in are current profitability, future earnings and potential monetary risks arising from change of ownership, for example loss of a big contract.

A case in point is 23-year-old Snapchat co-founder Evan Spiegel, who thought $3 billion was not enough for his company, even though it does not turn any profit. He was in such a financial position that he didn’t need to accept an amount he wasn’t happy with.

As well as seeing the revenue figures, buyers will also want to know what the source of the revenue is, and whether that source will still be there if they buy the company. Customer contracts represent revenue stream, so should be structured in a way that makes them easily transferable to the new owner.

Mr Scully, who is also the head of the commercial department at LK Shields, says entrepreneurs should ensure they don’t have change of control clauses.

“A change of control clause allows a supplier to terminate a contract if a change in ownership happens. Buyers will be very worried if they see these clauses.”


Who is your buyer?
Once you decide that selling your start-up is the best possible exit strategy, it’s important to do everything you can to raise the company profile among potential buyers.

Identify your best buyout possibilities and consider where you are going to get the biggest value. Companies buy other companies for investment and strategic reasons, with the main drivers of M&A relating to growth opportunities, expansion into new geographical areas, access to new customers and the acquisition of new products. “Buyers acquire companies for a whole host of reasons be it revenue, growth, customers or to fill technology gaps. Every situation is different and requires thoughtful analysis to position the company and transaction properly,” Mr Sachse said.

He says entrepreneurs should take a proactive approach and use their business networks to talk to others about selling their business.

“They should establish a presence in Silicon Valley or wherever else a critical mass of likely buyers lives, as early as financially feasible. They should also leverage conferences, industry groups and research houses. This presence can be useful not only to sow the seeds for an ultimate exit, but to attract venture financing as well.”

Mr Hurley says investors and customers can help. “One of your biggest customers could ultimately be your exit through an acquisition. Investors can also be pretty good facilitators as they will often be keen to see a sale happen.”

If you actively seek out buyers you are likely to look desperate, according to PageFair co-founder Sean Blanchfield. He says the best strategy is to be known by potential buyers and always be open to discussing deals that help build your market share. “To get the best exit for your shareholders you really want to feature in several potential buyers’ strategies, and basically start a bidding war between companies that can’t afford to miss out on buying you. This is much easier said than done however.”


Eyes on
the prize
Entrepreneurs should be wary of the “I want to be bought and not sold” mantra, according to Mr Welch.

He says this is a common cliché in Silicon Valley that, in a majority of cases, leads targets to simply ignore the promise value window and optimal timing.

“They think if they simply build their business and, if successful, an acquirer will make the first move and a high value M&A exit will take care of itself.

“This does happen, like it did with Facebook and Whatsapp or Google and Nest, but not very often.”

One of the frequently cited reasons for merger failure is paying too much.

Companies sometime feel they have to overpay to block a competitive bid or to protect their turf.

However, when buyers pay too much, it makes achieving a satisfactory return on investment difficult.

Thus acquirers don’t put a massive figure on a business without a lot of thought. And this takes time.

Due diligence, where all the documentation is studied in detail, can also take weeks. It’s thus imperative to stick to business as usual when courting buyers.

And remember cashing in doesn’t always mean checking out.