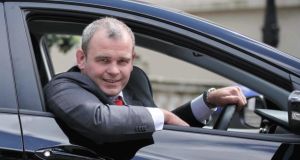 Europcar will no longer operate the National Car Rental and Alamo Rent A Car brands as their owner, Enterprise Holdings, has terminated the licence.

US-based Enterprise confirmed that, following the outcome of arbitration, it would be terminating the master licence held by Europcar for the two brands with immediate effect.

“ It is expected, however, that existing National Car Rental and Alamo Rent A Car reservations in Europe will be honoured by Europcar,” the company added.

The termination of the agreement between the two ends a process that began in August 2013, when they ended an alliance under which Europcar managed in-bound business for National Rent A Car and Alamo throughout much of Europe.

It means control of both brands will revert to Enterprise Holdings.

Jim Burrell, senior vice-president of its European operations, said: “Having control over the Alamo Rent A Car and National Car Rental brands means that we can now decide how best to realign them in order to bring increased choice to our customers.”