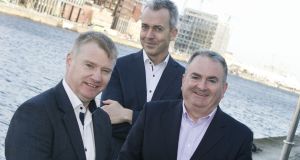 Based near Dublin Airport, Team provides overhaul, testing and repair services for the aerospace and industrial sectors. Its primary focus is the overhaul of critical, high value accessories for jet engines.

Established in 1995, Team is owned and led by Pat McEvoy and Tom Gibbons, who acquired the business in a management buyout in 2017. The company, which employs 40 staff, includes Aer Lingus, Lufthansa and Aero Norway amongst its clients.

Mr McEvoy said the addition of BGF as an investor presents a “clear opportunity to grow the business in the coming years,” which will see the company increase its headcount.

The investment is the third made by BGF (formerly the Business Growth Fund) in the Republic. It took a stake in Donegal-headquartered nursing home operator Brindley Healthcare in return for a €10 million investment in January.

In March, it invested €5 million in return for a minority stake in residential housebuilder Winterbrook.

The Government-backed Ireland Strategic Investment Fund, AIB, Bank of Ireland and Ulster Bank are all investors in BGF, which targets equity investments of between €1 million and €10 million. BGF only takes minority positions.

The firm has invested in more than 230 companies overall and launched a dedicated fund in the Republic in late 2017 with up to €250 million to invest in small and medium-sized enterprises. It is led by former IBI Corporate Finance executive Leo Casey.

Speaking on the investment in Team, Mr Casey noted that the company has “significant growth potential”.